Populated by Alice B. Toklas, also known by the movie “I love you Alice B. Toklas” from 60’s, the explorer, the author, she gave a cookbook to the world as an ultimate summary of her adventures. The book includes a hashish recipes among other yummies, and is also a biographic cookbook. Might be dope!

However many link this Alice B’ Toklas recipe to the Moroccan traditional candy, and we know or at least we have heard thousand times how rich with hashish is the Moroccan dessert, supported by Berber culture: people live in desert, smoke dankest dank, they call it kif, make candies and ride camels over sand dunes glowing orange in the sunset, and no single stranger around – totally romantic. This is what she says in her book about that hashish love candy:

Euphoria and brilliant storms of laughter; ecstatic revelries and extensions of one’s personality on several simultaneous planes are to be complacently expected (from Alice B. Toklas cookbook)

The candy named Majoun, some say it is in Arabic a “love potion”, I do not know Arabic, let us believe it’s a true translation, no problem, sounds trustworthy enough. In Sri Lanka, in their Ayurvedic, they also use cannabis for aphrodisiac. And many stoners know for sure why it is so, hahahaha! Okay…

1) Take dry marijuana bud, or shake (stems and leaves, but you’ll need a double amount of it rather if buds) and toast them over very low heat until the aromas are released. It is a good idea to use a cooking thermometer, if you’re up to cooking, and to cannabis cooking specifically, the thermometer is the tiny investment which helps you to master the THC output off your cannabis cookies. The process is called Decarb, which is the most important thing in cannabis cooking, it makes your weed POTENTIAL.

3) Simmer together until the mixture is soft and thick. Mash by hand. Some sources recommend a food processor to blend, using several short pulses, however cooking marijuana edibles is a mystery and a joy for the heart: like rolling blunts manually you enjoy it the best, when grinder is the only allowed machinery, cooking by hands always give fruits. Doing any cooking, even if not cannabis, by hands you feel it better, you are part of the process, and you master it every single time. Also you lose an amount of bud material in a blender.

You will also need cannabutter, the tutorial is here: Free Edible Cookbook

(always careful with edibles, they are as potent as they are tasty)

Stoner Chef 420’s best marijuana edible recipes are now the cookbook app! Pay no more for cannabis edibles but cook them instead, in your home (make sure it is totally legal in your place). It is for android, available for download right now, free of charge, by this link:

Best Stoner’s Cooking Experiences, all in one cookbook app. 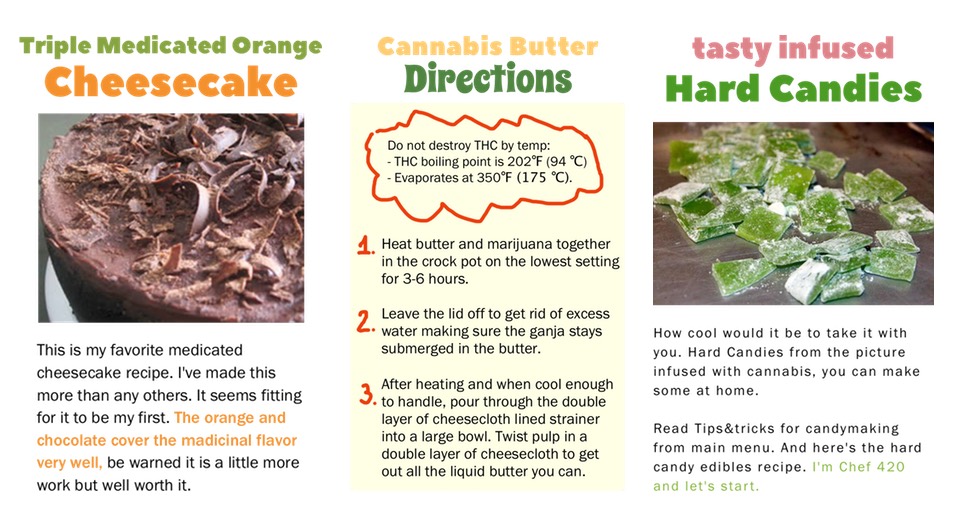 For those who prefer apk files, here the apk file by the link: 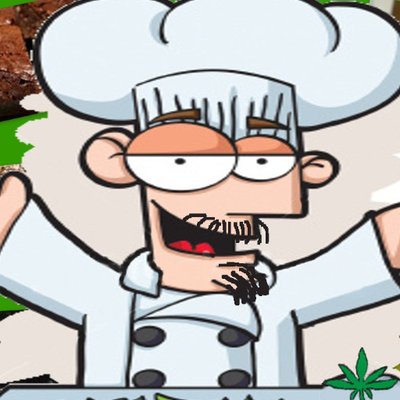 The best selection of professional marijuana edible recipes from the famous Chef 420 (check his twitter page here). Loved by many stoner’s best cheesecake recipes, infused with cannabis, all secrets of cannabis candymaking, everything! including the very basics of marijuana edibles – cannabutter recipe and cannabis oil recipe. All in one, the perfect Beginner’s Cooking Guide for Stoners: 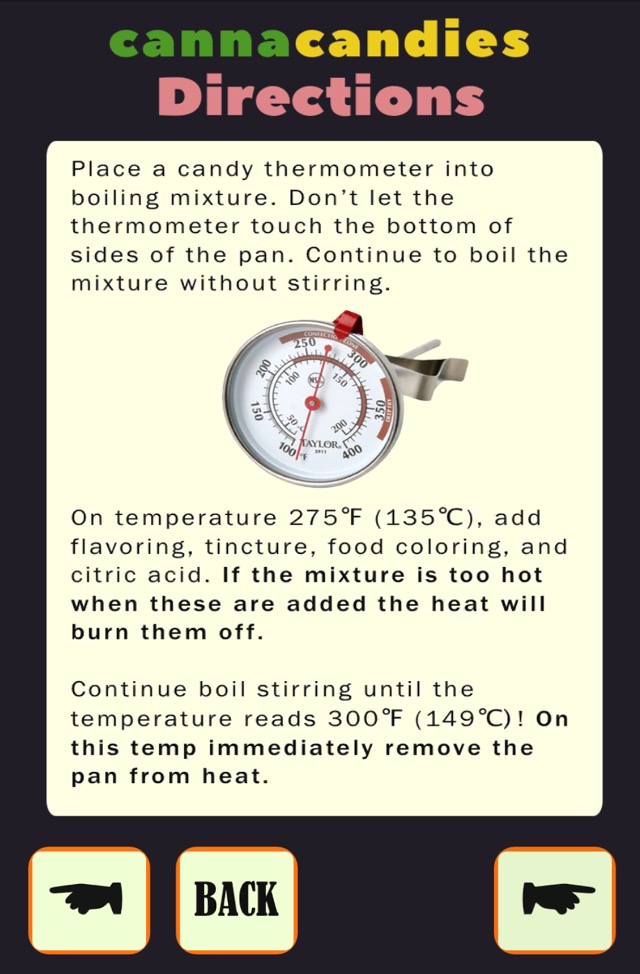 You Will Discover:
– Why do you want thermometer for stoner’s cooking weed edibles?
– Weed-cooking temperature regimes to keep the most of THC
– Canna candies and cheesecakes – infusing everything!
– Canna butter – the best way to store your weed
– Tips and tricks on cannabis candymaking
– THC Infused Blueberry Cheesecake
– Chef420’s Caramel Brownies
– Chef420’s Kahlua Brownie
– Infused Cannabis Oil
– Chocolate Cherry
– Butterscotch
– Get it!

The application is the handy stoner’s cookbook with the most premium recipes for marijuana edibles, you can cook in home conditions. It presents the effective alternative way to store the marijuana buds, at the first place, in a form of cannabis butter or cannabis cooking oil – find how do do that in this splendid free app. In case of cooking you loose none of the weed potency, yet it happens with smoking because you do not actually inhale all of it but when you it you eat all of it – that’s a 100% personal opinion, and not a guide, neither an advice, we have tried cooking weed for the first time couple of weeks ago, and it was an awesome experience. Yet you need follow the recipe very very accurately, especially about the temperature regimes, it’s not a simple quest I must say yet very engaging!