How to make ur own RSO, get rid of odour the fam concentrate gives

RSO – the Rick Simpson Oil, is now a very popular and efficient concentrate thanks to Canadian engineer Rick Simpson, the inventor and that is why his name is here. While his work in a hospital as an engineer managing the boiling room. He was not kin to cannabis those days, but his job occurred to be way too harmful and the man ends up with cancerous symptoms and the doctors who make things only worse.

Well, a sad story, but the guy was a beautiful mind. He discovered the effects of cannabis (and that was late 20th century, the dark ages, kind-a 20 years ago they have had not much information, the laws enforced in full everywhere in the world). And he invented how to make it dense, which translates to 97-99% of THC substance, and applied it to his skin, and the skin improved significantly, which was not much supported by Pharma-fanatic doctors, and Rick bumped then legal issues along with cancer issues.

Same old story, but what we have in the end is the RSO – Rick Simpson Oil, which is helpful to millions of users and widely available in the world as a medicine, at the first place, but – my god! – of course it is the 97% of THC thing has the recreational potential too, just think that pretty 100% of pure material: it may hallucinate by itself from itself, whoa…

There is a problem with RSO if you cook it

I’ve recently purchased RSO in 1 gram syringes from a dispensary in FL and found the taste to be unpleasant if not to say: terrible. I can say many underestimate the size of a problem, it’s not some smell that you can survive, it is not strong but it bothers you:

– As if your dank is too oily and you roll it, and in the middle of smoking there’s oil even on your fingers, and the smell of burnt oil calls a headache even; this bad;

– As if you missed a seed or two, and it was very ripe and it burns out inside your blunt: the seeds are what the flour made of, so you get a smell of badly burnt bakery and of burnt oil – together – right with your puff you’ll inhale; very hot; and bad;

Everyone knows – the CBD medicine is rarely smell like roses. Do not underestimate the problem. I did, and the first time cookings were far from being perfect.

RSO – Being a concentrate, the taste is concentrated also, there is not a way to get rid of the taste without loosing much of the thc.

1) Stay Black – did you ever think why marijuana brownies are so popular, and practically the one weed infused edible. How big is it in the edible market? One half maybe? Besides being a universal yummi along with the easiest on Earth recipe it contains a ton of pure chocolate, and the chocolate masks the weed the best.

2) Be Acidic – pineapple, lemon, lime, even tomato, anything acidic covers the taste greatly, but I think you will never get rid of it completely, yet when masked it’s quite fine and even pleasant – it is a CANNABIS after all, agree? ;=)

How to make ur own RSO at home – the Ultimate recipe

Special Thanks to… the whole internet actually, to the First Amdmnt, and also to Chef 420 and other leaflies and numerous maryjanes websites, and to someone’s grandma and to our random visitor, Rick’s uncle Joseph from Kentucky. But may be the most useful reference is, however, the official Rick Simpson’s official website:

Anyway, thanks to whole world we have this beautiful RSO recipe: 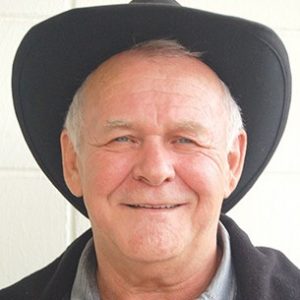 What can be better than the original author, enjoy the link.

1 ounce of Bud (dried/cured marijuana flowers) is often listed as the ingredient, yet you can use anything left from your plant up to stems, yes, they contain the desired thc and cbd and other compounds. Just mean that approximately 1 ounce of Bud equals to 2 ounces of Shake (leaves, brunches, stems, trim).

Rice cooking pan is the best fit because it can steadily give the very accurate temperature range. All thc can be easily destroyed – once your overheat your blend, be careful, it is a thc from 1 ounce, not a cheap price for a mistake, not to mention the efforts.

Alcohol is used for the tincture needs to be 99% pure, and then choose whatever you like the most for the case, or usually use for cannabis tinctures.

Herewego, the other useful link on RSO, quite colourful and illustrated:

And herewego the Stoner’s Cookbook app for your smartphone:

If you have discovered the joy of using dabs, creating your own rosin is the next step in the process as it means you’ll never run out of the very best product for your vaporizer. Rosin is a premium product and offers the most intense and flavorful experiences, but you’ll need a piece of equipment to produce it.

The rising popularity of rosin means that there’s now a great choice of rosin presses available for sale. But which one is the best? We take a closer look at the three top contenders below.

Rosin Bomb are one of the leaders in the rosin pressing industry, continuously offering innovation, and the Rocket is one of their most recent machines. 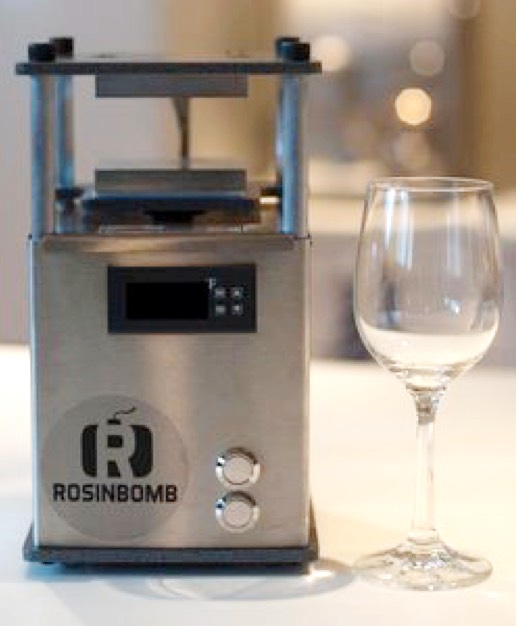 This rosin press is one of their most portable designs as it’s just 10 inches tall and weighs only 15lbs. This means if you want to toss it in a backpack and carry it a few blocks, you won’t break your back in the process.

This press throws out 1800lbs of force and is capable of handling 5g of raw material at once. This is a decent amount for a small group and with just 10 minutes to heat up, you won’t have to wait for too long.

The Super Rosin Press is a mighty powerhouse and another superb offering from the much-respected Rosin Bomb. Standing just 16 inches tall, it would be tempting to dismiss this as lacking in strength and capacity but that would be a huge mistake. 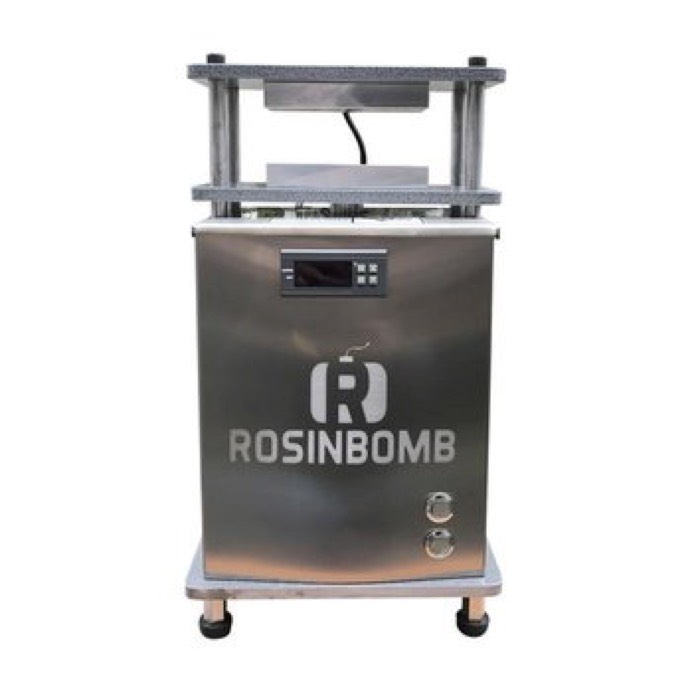 The Super Rosin Press is a mighty machine, capable of processing up to 14g of material at once. This makes it ideal for when you want to produce larger quantities or if you want to enjoy some fresh dabs with your friends. The time it takes these mighty plates to heat up is the only drawback, with about 30 minutes needed to get to full working temperature.

Once in use, the Super Rosin Press releases 5500lbs of force, squeezing the material hard to release all the possible rosin. This press comes with some handy mesh bags too, this makes sure no unwanted plant material gets mixed up with the rosin and impedes the quality.

Although the Super Rosin Press is fairly unobtrusive in size, it’s a heavy weight at more than 35lbs. While it would fit into your backpack, you’d have to be pretty muscly and strong to be able to drag this machine from one place to the next. This means it’s far more suitable for those who simply want to use it at home.

If you loved the original Rosin X Mini, this is the machine for you, delivering all of the same quality but upgraded to offer greater efficiency and product.

This press is simple to use, just plug it in, place your herbs in a fold of parchment paper, heat and release. It takes around 7-10 seconds to produce the rosin before you release the plates to reveal what’s underneath.

The Rosin X Auto Compact certainly lives up to its name as it can only process around 1.5g of material per press. This means it’s great for personal use but a bit limiting if you’re hoping to create some fresh dabs for you and your friends. You might be tempted to squeeze more into the plates but while it’s true that there is more room, it will inhibit the process. This means you won’t get the same yield and will just be wasting some of your raw material.

Despite its diminutive size, this press isn’t short of power, exerting a magnificent 500lbs of pressure while in use.

At 1250g it’s very lightweight making it a portable rosin press, but the limitations of the production amount mean it’s not the most sociable presser to use.

The best rosin press really is a matter of personal preference and for what you’re planning on using it for. If you need large quantities then it’s difficult to argue with the Rosin Bomb Super Press. However, at 30 minutes to warm up it’s not the most convenient rosin press you’ll find.

In contrast the Rosin X Auto is beautifully compact and ready to use in just 5 minutes. The drawback here is the small production capacity, only able to process 1.5g each time.