Populated by Alice B. Toklas, also known by the movie “I love you Alice B. Toklas” from 60’s, the explorer, the author, she gave a cookbook to the world as an ultimate summary of her adventures. The book includes a hashish recipes among other yummies, and is also a biographic cookbook. Might be dope!

However many link this Alice B’ Toklas recipe to the Moroccan traditional candy, and we know or at least we have heard thousand times how rich with hashish is the Moroccan dessert, supported by Berber culture: people live in desert, smoke dankest dank, they call it kif, make candies and ride camels over sand dunes glowing orange in the sunset, and no single stranger around – totally romantic. This is what she says in her book about that hashish love candy:

Euphoria and brilliant storms of laughter; ecstatic revelries and extensions of one’s personality on several simultaneous planes are to be complacently expected (from Alice B. Toklas cookbook)

The candy named Majoun, some say it is in Arabic a “love potion”, I do not know Arabic, let us believe it’s a true translation, no problem, sounds trustworthy enough. In Sri Lanka, in their Ayurvedic, they also use cannabis for aphrodisiac. And many stoners know for sure why it is so, hahahaha! Okay…

1) Take dry marijuana bud, or shake (stems and leaves, but you’ll need a double amount of it rather if buds) and toast them over very low heat until the aromas are released. It is a good idea to use a cooking thermometer, if you’re up to cooking, and to cannabis cooking specifically, the thermometer is the tiny investment which helps you to master the THC output off your cannabis cookies. The process is called Decarb, which is the most important thing in cannabis cooking, it makes your weed POTENTIAL.

3) Simmer together until the mixture is soft and thick. Mash by hand. Some sources recommend a food processor to blend, using several short pulses, however cooking marijuana edibles is a mystery and a joy for the heart: like rolling blunts manually you enjoy it the best, when grinder is the only allowed machinery, cooking by hands always give fruits. Doing any cooking, even if not cannabis, by hands you feel it better, you are part of the process, and you master it every single time. Also you lose an amount of bud material in a blender.

You will also need cannabutter, the tutorial is here: Free Edible Cookbook

(always careful with edibles, they are as potent as they are tasty) 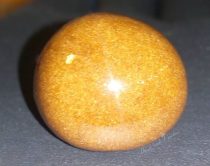 Hashish, and we also call it hash, is possibly the oldest marijuana concentrate we know, also can be made using none of any chemical solvents neither complicated machinery. It consists of trichomes, resin and oils. Take some frosty fresh buds, rub extensively with fingers, the substance left on your fingers is hashish. This way they do hashish in India, for example, they roll it into a big damn ball once scrabbed from hands, and keep it this way. Called charas.

In some countries, like in Kazakhstan, I heard, they make it for fun with a girlfriend running all over the cannabis field, it’s a sunny day and it’s hot, she sweats, and all top contents of the cannabis flowers (trichomes and resin) stick onto her body, and then — scrab and smoke.

Making hash is the extraction and preserving the psychoactive resin from the cannabis plant. This resin is HIGHly concentrated in the cannabis tops, in the buds, and is exactly the thing giving your nugs their “frosty” appearance. Smaller amounts of the psychoactive resin can be also found in the leaves and trim of both male and female plants, which makes the whole idea to learn how to make hashish HIGHly reasonable, to get the use of all parts the plant — extract hashish, we all love doing it, for real, an especially when it comes to consumption. In a long run, except of that it is the aromatic and the effective way to consume cannabis, it is also the HIGHly economic way to consume cannabis. And a re-use shake, leaves and stems, all remains of cannabis plants, yes, you make hash from it too, once extracted it’s same resin as good as that one from buds (of course shake contains less resin, yet in the other case we just throw it away, instead of having finest hashish, hm?)

Hashish is notable for having less smell (almost none) when you have it your pocket, may be important. Also less smell when smoking, and it is not that far famous smell, not all people know it, if compare to regular marijuana. Another great feature hashish is highlighting is small size, one finger tip block of hashish will last for couple of days, giving you less burning side products as you dub it, because of size of one hit. You can roll it with tobacco, or dub it, or use a small pipe, or use a can of Coca Cola, which is the best use for Coca Cola can, hahahaha )

Fo this one we need a bucket or a smaller bowl (depending on how much harvest we want to “invest” into our hashish experiment, hahahaha), we put cold water into bucket, let’s make it half as we will need space for adding ice, so fill water wishice and then we drop the quantities of BUD. Then you use a blender or by spoon by hand, whatever you prefer, we crash this bud containing ice with blender until it turns to be crashed ice with bud in it, all way till the coctail-margarita state. Take away the remains of green plant material which keeps floating, and filter out the trichomes with screens. After drying it’s ready to use.

Don’t do anything to the buds before you put them into water. Crushing or grinding it in advance will only damage the trichomes, decreasing the potency. Stuff should be dry, may be frozen, you crash it already in water with ice.

This process is extremely clean and creates a pure, clean product, high in THC and extremely tasty with no chemicals. Freeze the buds in a fridge before you put them into ice, it’sll make the whole process even more smooth. Cold keeps trichomes brittle, so they separate easily.

For the very first experiments we suggest playing with small amounts before mastering to the bucket size full of kief. You may lose buds if anything goes wrong. Think about coctail shaker for the start.

Basically Kief is the Moroccan way for saying “hashish”, they call weed that way and they smoke weed in a form of hashish preferably. However technics go different, so we distinguish one hash from another, yet it’s nothing wrong to call all other hashish as kief and vice verca to refer kief as hashish — Names of Marijuana.

Kief is the most basic types of cannabis concentrates, counting the oldest history back into thousands years ago. It’s made of the dried trichomes, which are the glands of the cannabis plant and contain the highest share of thc.

Kief is light green or golden or brownish in color, depending on the original material, the strains it is made of, it appears as a sandy or very fine grain powder pressed into a solid piece. You smoke one small piece (like half a nail size) of it by a pipe or a bong and you’re already high, thse are pure trichomes. The cold method above in the end produces kief. Very tasty as soon as buds you use for the extraction also contain terpenes, and you get the terpenes well-densed in your kief, very pure, no oils inside neither plant tissue, mild in smoking and HIGH as hell.

In the standard weed grinder there is the third compatment, where the trichmes are collected as long as you use the grinder for grinding weed. It becomes dense there, the light green and yellow powder. This is kief.