Thailand fresh update is here. As said in Forbes, and I believe it’s already anywhere else said, that Thailand government shows again very serious intentions toward medical marijuana market, and they are doing fast! Thai Officials already promised few months ago, that the whole Thailand shall gain from legalization, now it is surprisingly coming true. Recently the Minister of Health of Thailand stressed twice in a speach, that “We are in the process of changing laws to allow the medical use of marijuana freely. We have high confidence that marijuana will be among the major agricultural products for Thai households. We are speeding up the law changes.” (due to Forbes)

Sweet! I’m checking tickets to Thailand. I ever loved this country from my first visit, and now they are going to trade weed freely. Of course, I think, the households may obviously lack in growing technology, they could hardly hold a very accurate thc limitation. I think, we are having beautiful Thai weed all around for the next couple of seasons hopefully. Don’t be much in a rush, no deadlines set yet, but they speed up, speed up, speed up. Check where the situation is now before going to Thailand if weed is the purpose, don’t go tomorrow morning asking marijuana in airport – still the bad plan.

Thai Weed to be a Bordeaux of marijuana?

Here is the hint for staying in Thailand longer: In Thailand many backpackers stay for long to try their fortune. Freelancers, online workers, like writers, designers, developers and stuff. If anyone meets a coin miner, ask him how’s Thailand in his field, we can add coin miners to the list )) It may be something changed, but as for my last check it was always extremely easy to have an education visa in Thailand. You apply to one of Thai language schools, which are numerous in the country and in Bangkok specifically, and I think it’s even fun to learn Thai a little, and by such they allow you to stay in the country for few months while the course lasts, there is some minimal requirement for a visa-run, like you need to make it once in a while but not often (requires a double-check). Having this permit you’ll be visiting the immigration office monthly or bimonthly, they may ask some “how are you” in Thai to see that you really study it, even if badly. They also perform random checks in class that you really attend it. Pretty much a system like we all have had in school, hahaha. And the good news that instead of Thai language you can alternatively apply to an English course, or some Thai Food Cooking course, and still you are having the same educational stay permission. I think you can do either in your own country, or right from the country. All works. Tested. Very easy.

On the head photo – Intamara neighbourhood, in Bangkok.

We have reported before about South Korea and Thailand pioneering marijuana legal market in South East Asia by making the medical use legal. Quite a strong record in history for a country, and how many people love Thailand so many people ask now – what is going to happen next, and the Thailand Government responds now to us:

Prime Minister of Thailand, and the former military government leader, Prayut Chan O Cha has stated recently, few days ago, about the country’s policy for cannabis and especially for the revenues and other opportunities it is promising for Thai people: “The study and technological development of marijuana, hemp, and other medicinal herbs should be sped up for the medical industry to create economic opportunity and income for the people”.

Public health minister, following Mr. Chan O Cha’s lead, has confirmed the priority goal to involve all Thais into cannabis cultivation business to make money from herb and medical marijuana, including that from medical tourism (but not limited to it, of course).

Sources say the marijuana market in Asia may reach $8.4 billion by end of 2024, for sake of comparison Canadian marijuana market is expected to be at $6.6 billion by pretty same milestone: other sources state so. And this is a block of regards and thankyou’es, hahaha, and we feel grateful for the head image of General Chan-O-Cha, which is withdrawn from wikipedia over here .

Marijuana in Asia is traditionally a tough nut to crack by all means.  For possession or consumption of marijuana in Asian countries (or simply for “being stoned” at times, like UAE law suggests to charge any amount in blood or urine as possession) the death sentence is still a “normal” experience along with a lack or none of distinguish between a joint, a kilo, a wild mushroom or a poppy seed in a breakfast bun. I have been once searched in Jakarta, Indonesia for — HAVING A TICKET TO AMSTERDAM! Ta-dah!! Be careful, they do not practice sense of humour.

While the western world is slowly cancelling the Prohibition (thank you, Barack Obama) since 2013 for 6 years already, the Asian nations controversially execute tourists and outlaw wild mushrooms in Indonesia (wow! how the mushrooms feel themselves I wonder), ruthlessly raid Ayurvedic shops in Sri Lanka — suddenly in 2015 after few thousand of years since these shops exist for sake of healing. Not to mention the tragic elimination of 4,000+ fellow-citizens by the name of “War on plants” in Philippines…

Yet, there is a hope! It is a biggest surprise for all the marijuana industry that namely South Korea and Thailand are now on the white side, or on the green side to be precise. I would never bet that any of these two would be ever the first in a whole Asia who allow medical marijuana use!

Democratic government in Thailand democratically voted “166” to “0” for allowing medical marijuana use. Right before the western New Year in the end of December 2019 stating that:

“This is a New Year’s gift from the National Legislative Assembly to the Thai people”, — Just a little bit ridiculous for the nation which celebrates a traditional new year on 14th of April, when Sun enters Aries according to the zodiac system… It is officially year 2562 now in Thailand… okay, whatever.

Thailand gains recognition nowadays as one of the leading countries in the region for medical care, offering very affordable prices for the very high level of treatment in dental care, pregnancy and birth care, cosmetic surgery (of course!) and organ transplantation, and, and, and — pretty everything. My personal experience is that they do have the best hospitals in the world: I was using one in Bangkok by the reason of birth-care and it was the outstanding experience, I must admit! and I’m already thinking why not make another baby and go to Thailand, especially if there’ll be weed, heh!

Besides, Thai people are a friendly-beyond-imaginable nation by themselves, at least until the day when they take a gun and go to streets to shoot those kids who traffic weed in a way of smoking a single joint. Anyway — you practically in love with the medical personnel and their level of professionalism and the way they are doing is state of the art I’d say. While tourism is already a huge and welcoming industry in Thailand, and the Thai weed strain is famous enough among stoners, I think they really-really have 200% chance to offer the coolest-ever dank-resorts, remarkable on the world map, hopefully, in the nearest future. 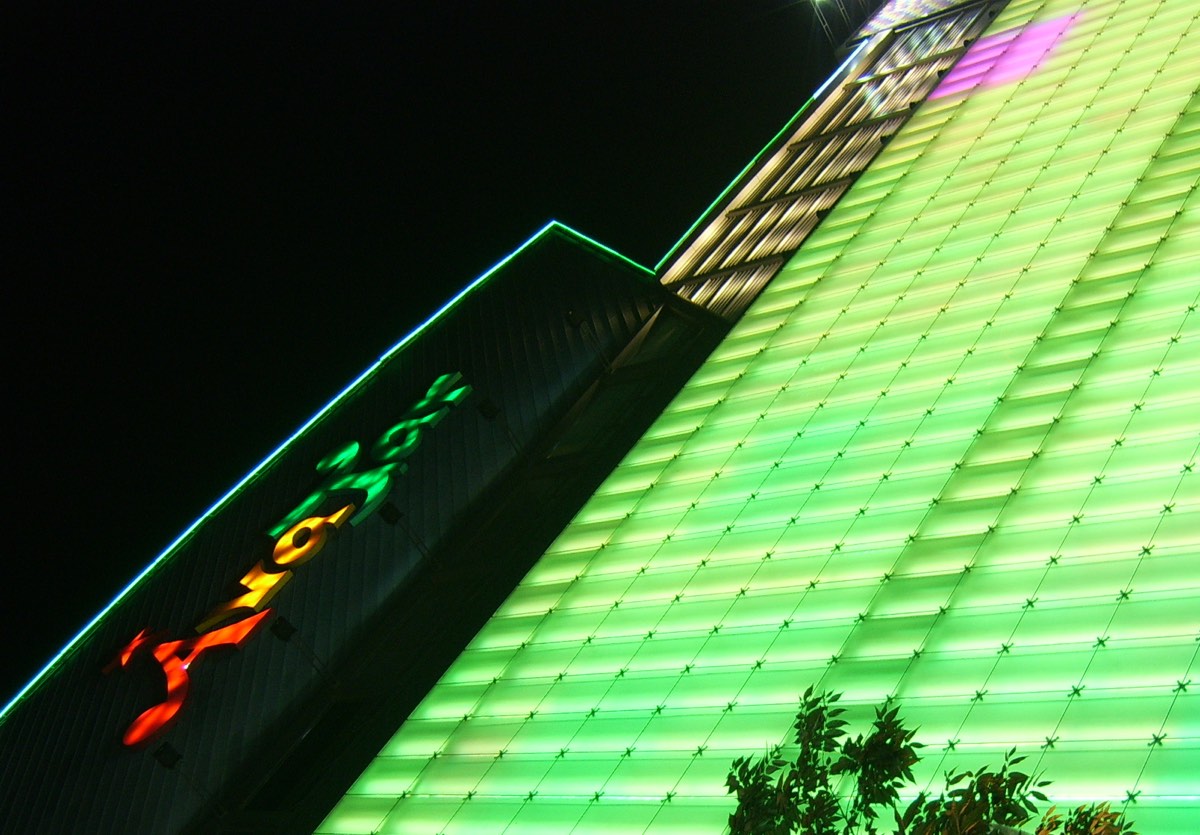 I love South Korea for Colours! This is some sky-scrapper somewhere in Seoul, year 2008

As for South Korea, the beautiful nation and the beautiful land, have just applied very recently the appropriate changes to the Narcotics Control Act in November 2018 becoming the first Asian nation allowing theoretical marijuana use. By that South Korea is overtaking Malaysia, the latter announced in September 2018 its desire to be the first Asian follower of US cannabis policy but occurred to be late and Korea wins the race!

Medical marijuana products in South Korea are supposed to be tightly restricted, but the law approval is already seen as a breakthrough in a country many believed would be the last. The Government intents to start import of THC and CBD-based medications in the first half of 2019, and the imported cannabis products by far must be approved by the health agencies in certain countries or EU and USA.

We all glad for things are changing in Asia whichever reasons have led them to the decision, and hopefully they’re keeping a clear intention to continue the liberation of plants in its world famous Asian way — at the full pace.