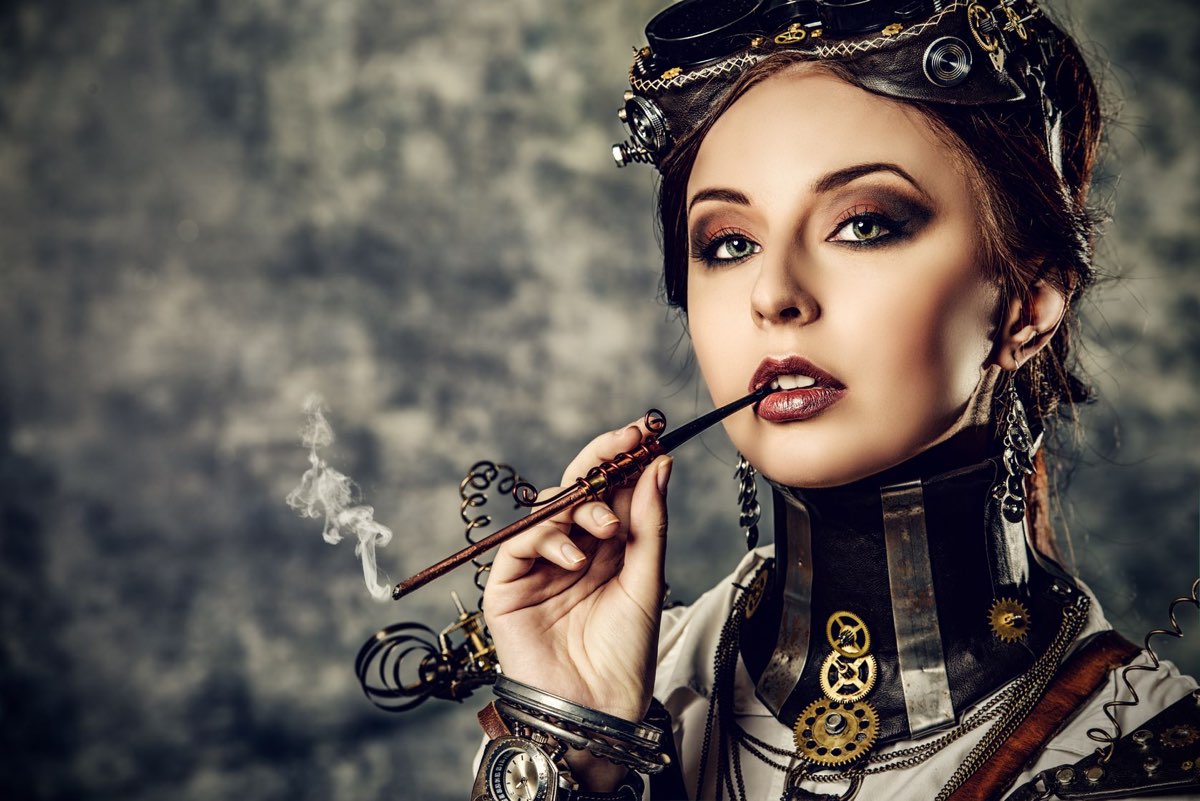 About The Weed Vaporization

Vaping weed or weed vaporization has really taken off over the last few years, as more and more fans of herb realize the health benefits that come with this innovative new way of enjoying the green stuff. While it was all around for decades but the true commercial boost and popularity have come just recently. Many switch to “Medical Weed Vaporization” from simple “Cannabis Smoking” at times following only the fancy trend and it is an enough reason for someone, but many do it because the weed vaporization is considered to be more healthy: I’ve asked few random dummies “why do you think so?” and suddenly discovered that they’ve actually never being thinking about. Like if you say on TV that the sky is a huge orange peel and the stars are marijuana seeds and they may believe it.

First of all, vaping may happen to be more healthy than traditional smoking of the same material but then: but just it’s far from being the same material at times. Open up a true cuban cigar and lick the inside of it or chew it or burn it in the end (just keep in mind that you are about to receive its ingredients through the contact with the membrane in the mouth by doing so). For the sake of comparison open up a vape-capsule and… well… I would never recommend to lick it, I would even feel anxious if the contains touch my skin. Much depends on manufacture and the licensing regulations in the country of manufacture of course. But it’s easy to accept that it is not exactly the same. Consider the manufacturer at least when choosing your weed vaporization capsules or whatever other forms of it.

Secondly, When you perform a normal smoking puff: technically speaking it is also a weed vaporization that happens, by physical meaning: converting solid or liquid material into gas by affection of heat. But the temperature differs enough to reason that the smoke delivers another set of “burning products” comparing to the set of “vapouring products”. However it’s another matter of research to find out which set is worse and which is better, including the psychological effects that come up along after rejecting the old good classic smoking method. I think that the best way is always double-check it asking some professional, the one you trust (a doctor, for example, if you ever trust one). For me personally the vapouring did not work and affected the blood pressure badly, but let’s realise that it’s all very individual and nothing from this article can be used or considered as an advice in no way by no one (except that one about asking a professional).

The standard vaporizer mechanism – How this weed vaporization device works

The Cambridge Dictionary states that it is “vaporiZation” and “vaporiZe” while some media uses “vaporisation” and “vaporiser” (with “s” instead of “z”). Sorta piece of a good-to-know information. Well, the classic Nicotine Vaporizer’s mechanism looks pretty like this: 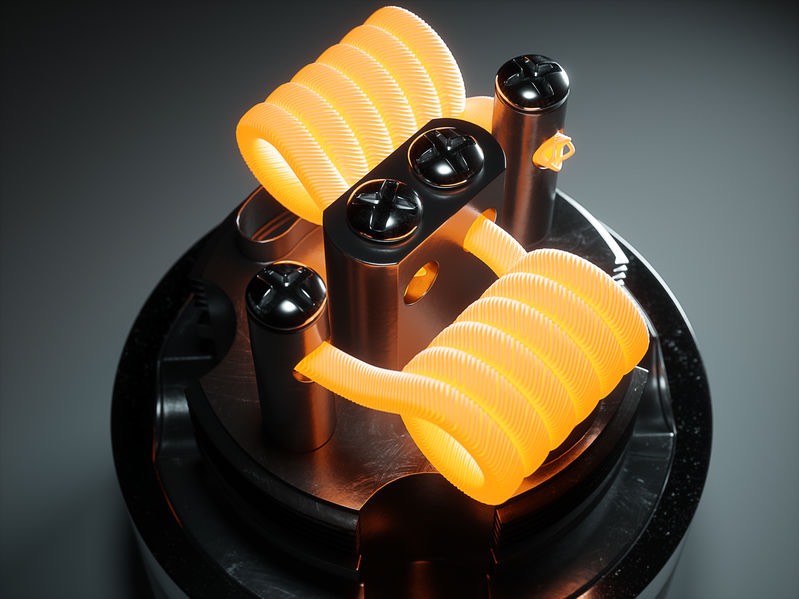 They put a cotton pieces into heating elements (orange colour in the above picture) and the cotton takes liquid inside of itself and this liquid contains nicotine or THC or whatever, and aromatic chemicals. The heating elements heat the cotton and consequently the liquid starts being transformed into gas (vapours) with the proper set of desired compounds in this gas, that is finally all inhaled. Simple.

There are also other means of vaporization through the ages of mankind history, along with the aromatisation methods: 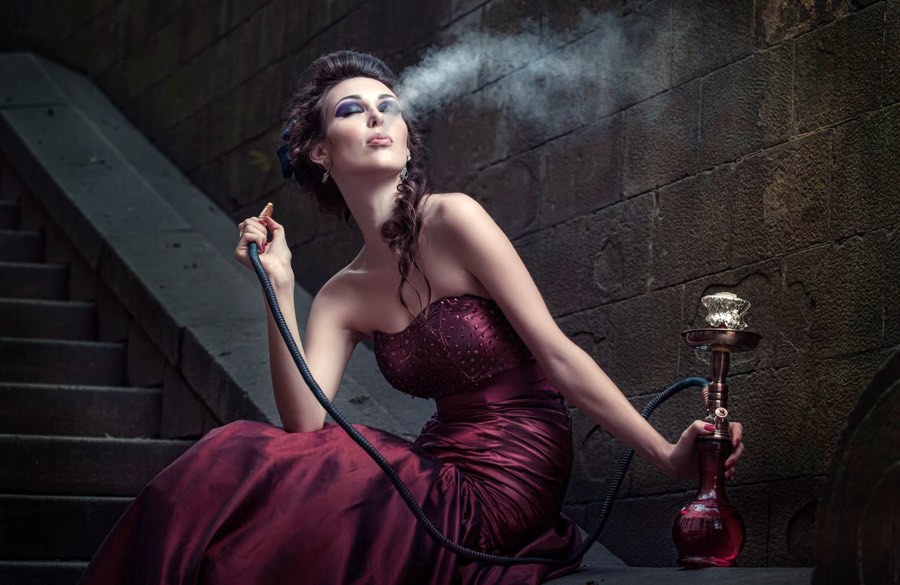 This is a classic Turkish hookah (or a water-pipe). Indeed they use in every-day life much higher devices, 1 – 1,5 metres high, put them on floor and they may occur to be significantly higher than a table, considering Turkish use very low tables in a proper cafes. Hot coals are on top of the upper “cup”, the ceramic bowl, isolated with aluminium paper from herb (e.g. tobacco), which is moistened with the juices from fresh fruits and the blend is placed inside this ceramic bowl. The coal plays the role of a heater but not contacting straight to the herb and normally the herb is not on fire. Basically everybody knows the idea. 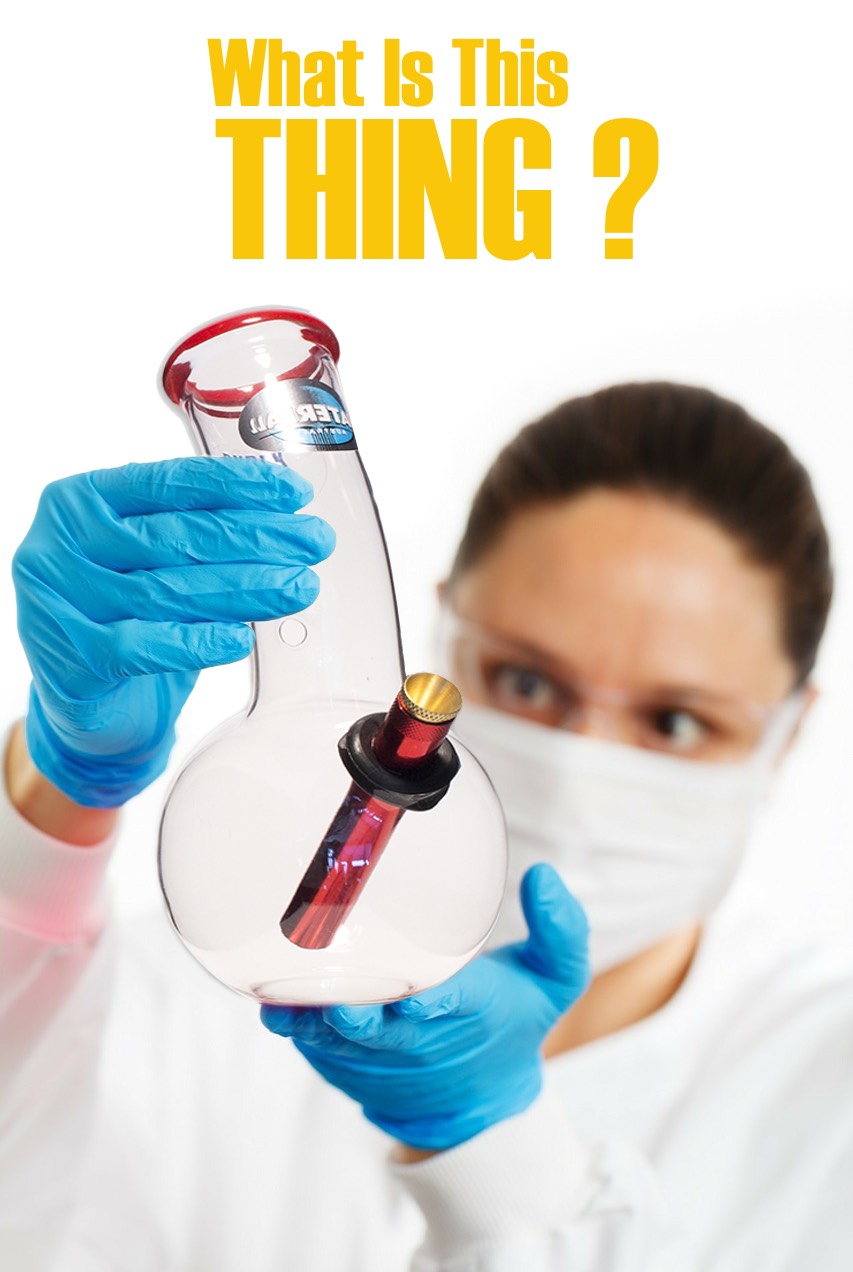 Pretty much as an ancient manual vaporizer

The full mechanism of the hookah, including the moisture, the aluminium paper, the long way down the stem to the glass or ceramic vase filled with cold water down in the base of a hookah, and a long-long wooden “mouth piece” that one uses to inhale from, accompanied by an even longer hose — all this works for decreasing the temperature and for extra cleaning from possible “burning products”. Some say it cleans up to 90% of toxins. Pretty same what modern vaporisers do, but with the difference that the heat is regulated manually by amounts of juice, number of coals, their size, and their placement on top of the device which may also alter the amount of air incoming. A bit tricky to learn, but then isn’t it a magical moment? Visit Turkey for a couple of months (I believe it’s their maximum tourist visa period), find a good reliable place, and they’ll disclose all the details and all the secrets how the hookah works and how to use it. Maybe even pick up one on the way back as a souvenir. Just it’s not a pocket device but it’s pretty cool and authentic with its own pros and cons.

Not to say it is often quite a piece of artesian art:

Well I’ve found it curious to discover what is happening when I vape, how vaporisers work, and what to expect from them, there are plenty of curious “pros and cons”. Not to defend smoking (by no means!) but to find out what is the very idea and make a personal choice of mine.