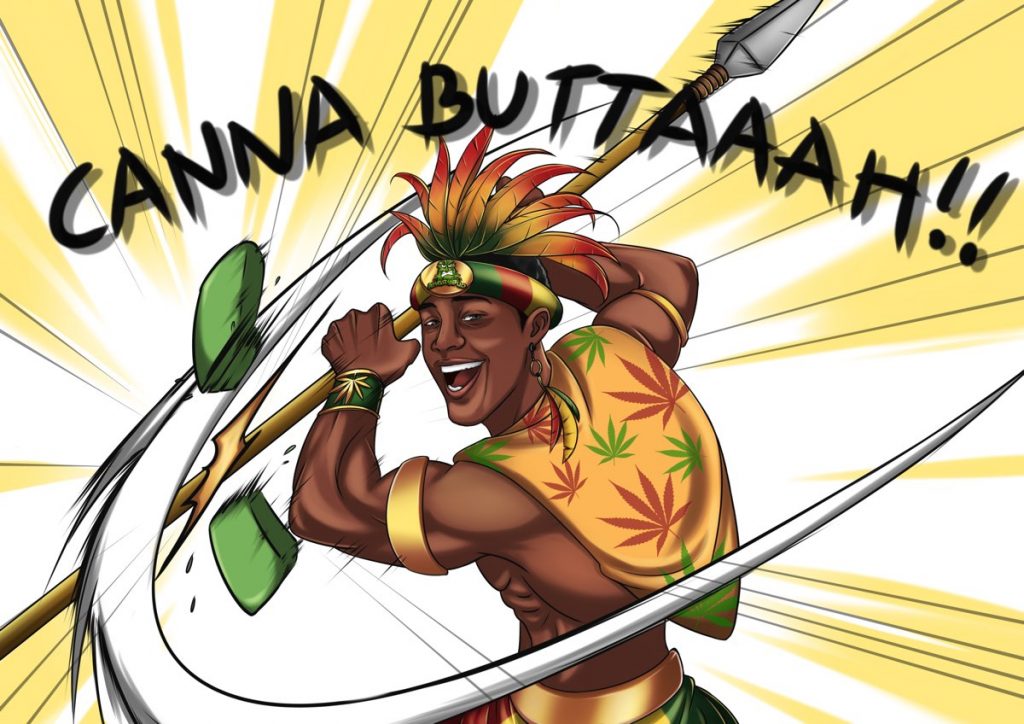 This is the cannabutter poem from 19th century:

Excuse me, Your Majesty,
For taking of the Liberty,
But Marmalade is tasty,
If very Thickly Spread.

Nobody could call me a fussy man
But I do like a BUTTER
To Royal Slice of Bread!

Most probable he did not mean the cannabutter namely, or we just do not know everything about him. Anyway, we dedicate this post to unveil THE CANNABUTTER as the very effective way to keep the weed’s high potency, and the essential ingredient if you cook marijuana edibles, cannabis sweets, cannabis candies and weed cheesecakes: all marijuana recipes

— or — Download the bunch of weed edible recipes straight away by hitting this link, and they also include the very basics, canna butter and canna oil, along with candies, brownies, cheesecakes… mm.. tasty!

This blogpost is not an instruction neither a call to action, nor a scientific information, but the very expression of a personal feeling, opinion and experience. Think twice before you step onto the path of cooking marijuana cookies infused with cannabis, because it’s kind-of “dangerous” or may turn to be dangerous if body systems are not strong enough or skills suck or whatever else, yet many of weed-related media call it simply “tricky”.

The Digestion is the slow-pok

When it comes to digestion the effect is not that far immediate comparing to traditional means of marijuana consumption. It can possibly happen too much of weed that you consume. And then it is already too late when you actually feel it, because the thing is already in the system, making way, maybe just half-digested, and the effect keeps growing, and in the next moment you are already a Frodo going down to Mordor and you cannot help it. Keep in mind that it is not a puff with its immediate effect and the immediate stop, but it’s digestion, which is slow by definition. The effects can be surprising and unpredictable, especially for the first time, and the brave idea of embarking for any challenge straight away is just not for everyone.

However, for the sake of bare facts, there are different studies and various arguments that the laboratory mice by far cannot be stoned to death by any reasonable amounts of marijuana infused products delivered by scientists into their small bodies. It’s easy to find and make your own opinion, which is the best one always.

— Is It The Baddest Thing Then?

For example. Many people try and love to try home-crafted alcohol, and we can spot couple of places on Earth where it is so magical, tasty, magnificent… but it does suggest quite a high risk. Some licensed distilleries in some countries (we heard) even practice to add a very small bit of medicine into strong drinks to make you vomit from “overdose” rather than die. Home-makers however do not normally follow neither this idea nor having proper knowledge in chemistry or technology.

What a Dangerous Wonderful World.

Thimble-effect in the social drinking game

There is a social game that students play and it perfectly explains all the situation around the digestion. They put thimbleful of strong drink (whiskey or wodka) in a form of thimbles on every step of a staircase, and a player steps and drinks every next thimbleful, steps and drink, steps and drink, every step of the staircase. People say that nobody could ever pass a standard staircase to the end (say, a dozen of stairs). And no witness claims if the winner ever existed in this game, but it certainly brings loads of fun, you can imagine.

The key is the amount, which is too small to be swallowed in full, and it stocks mostly in a mouth and the mucous membrane is more efficiently take it rather than that one in a stomach. Therefore you get the dose more immediately than normal: through the membrane in the mouth, and then the blood running good from the physical exercise (stepping-n-drinking) delivers buzz strait into the brain. The stomach at the same time contains only a miserable amount of alcohol. Eventually and quite quickly you are deadly drunk from smaller-than-normal amounts, and no hangover in the morning! That’s the magic. Simple and economic too. Be careful with the heart if you ever decide to practice the said, there is always a back side of the Moon.

Eating cannabis may bring issues of a similar nature. Think, that there might be a good reason why people smoke for 12,000 years. You can try it yourself for a scientific purpose not inhaling deep while smoking marijuana, and your membrane shall perform that thimble-effect.

Okay, it appears like enough of this and this is the end of the warning. The wrap-up is that we do not encourage the idea of amateur cannabis butter or oil or other edibles and simply recommend stay reasonable. Leaving it to professionals is always a relatively safe solution.

If you add Rosemarie to a steak it’ll be still a steak made of cow, but not yet a “Rosmacow”.

Technically speaking it is not exactly a cannabis butter or cannabis oil. It is more like a normal milk-based butter or a random cooking oil but hardly infused with a certain amount of marijuana flowers. If you add Rosemarie to a steak it’ll be still a steak made of cow, but not yet a “Rosmacow”. Cannabutter is more likely a cooking recipe for a butter with a particular spice in it, and yet another beautiful way to store your weed stock effectively, and to discover how to cook the best cannabis yummies.

For your reference we have discovered a recipe for cannabis oil here by this link to cannabis oil – but we find it less useful way to cook cannabis, simply because cannabis edibles (many may agree) are widely associated to cookies, candies, brownies, and other deserts. And the cannabis butter is just an effective solution to store your dank and to use it for cooking the cannabis infused sweets and brownies.

The butter is not the thing we eat straight away. But this is what we need for bakery, for a variety of weed cookies, weed brownies and other delicious cannabis infused desserts. Therefore this is yet another good way to store your harvest effectively yet gaining another way of consumption, which is tasty and may be entertaining too.

Besides it is easy to imagine plenty of other reasons why people start cooking weed edibles. One may be in having no wish to smoke, it may be hard to smoke for someone, or impossible or simply no wish, — pretty same reason (or reasons) why people go for vaporization.

We can guess that less smell may also be quite a reason if having a marijuana bun in a pocket as an “emergency medicine” while many from your surrounding are still locked by the stereotypes of the past century and not yet ready to accept your fancy healthy way-of-hippie. Have in mind that when you cook it it may smell well beyond your apartment too.

“The Lesser of Two Weevils” 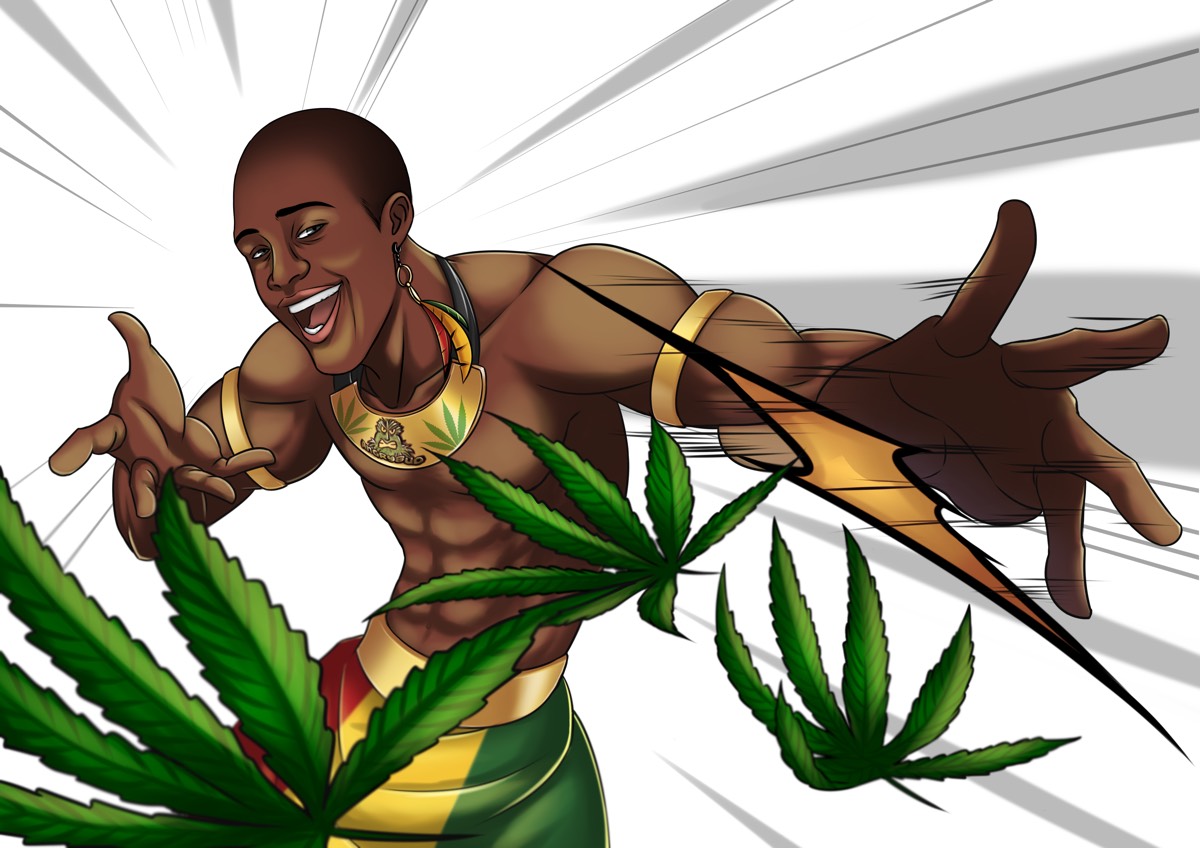 The Editorial choice however is smoking, unless the infused food is served by professionals by a proper cannabis butter recipe in the beginning. And of course a self-responsibility is always a good advisor too.

And yet another historical record to your attention:

Smoke! Smoke! Smoke! That cigarette
Puff! Puff! Puff! And if you smoke yourself to death
Tell Saint Peter at the Golden Gate
That you hate to make him wait
But you got to have another cigarette.