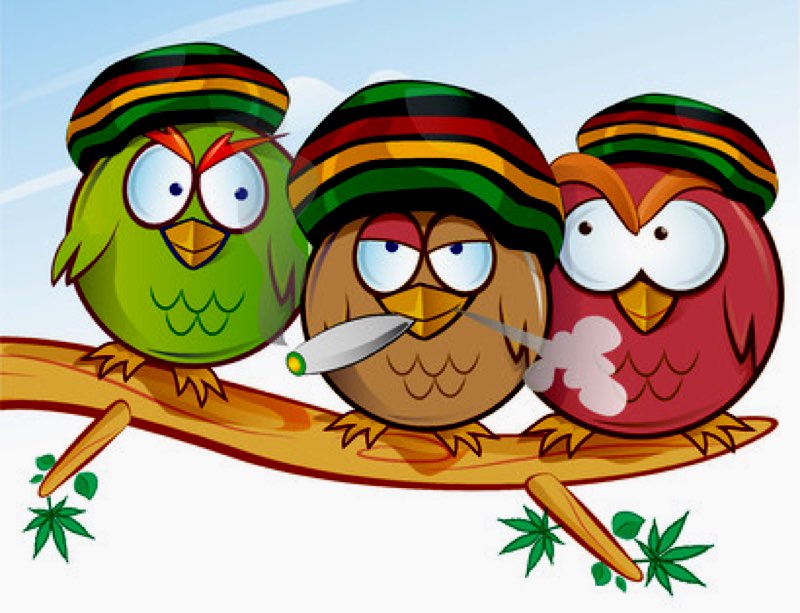 Marijuana strains in the modern market are axiomatically divided into two main families: Indica and Sativa. These are the historical families of the cannabis plant, but just the modern breeding progressing wildly made them – “Indica” and “Sativa” – the labels, the trademarks: practically there is no pure Indica, nor pure Sativa, but just historically we find it way convenient and we stick to the definitions. I bet anyone has seen a description saying: “Indica 60%” – let’s dig up, what does it even mean?

There is also Ruderalis, becoming a popular term as autoflowering seeds are conquering the market – the easiest and fastest way to grow cheap weed at home. However, those autoflowering seeds are usually a mix of Ruderalis and either Indica or Sativa. And the latter two forever take their special place in the language, in the industry, and among end consumers – aka stoners, which is us!

What’s the difference between Indica and Sativa?

About 30 years ago I have stepped on the path of a recreational stoner, and loving it. Even though we didn’t have 50 strains over the counter, however, that day a very close friend of mine told me the difference: “The formula is simple to catch the basic idea, Sativa is to laugh, and Indica is to sleep.”

Since then I use it as the basic definition, for whoever asks me. Of course, not only this, and a whole speech follows about the myriad of nuances, but the truth is – Sativa delivers storms of laughter, and an avalanche of creativity, but Indica is to feel sleepy, relaxed, being deep into strategic thinking. This just explains everything we want to know about what is Indica, and what is Sativa. 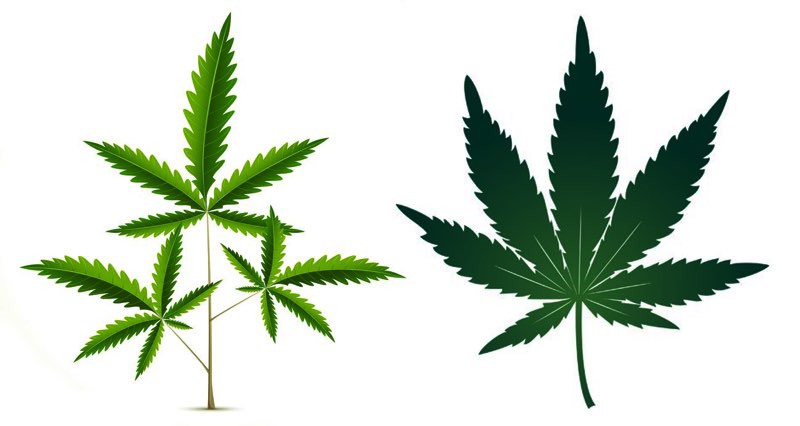 Sativa (on the left) and Indica (on the right)

Cannabis Sativa gives a taller plant compared to Indica, which is, in general, a lower plant and bushier. Also, you can detect the domination of Indica or Sativa genetics in a marijuana plant by the shape of the leaves, and by color. Indica is in general darker with deeper green, while Sativa obviously features a lighter green color of the leaves and buds if you put both together in front of yourself. Basically, Indica and Sativa determine the type of your high.

Indica cannabis family originates from the northern regions of India, just as its name suggests. Thus, Cannabis Indica has evolved in a cooler climate rather than Cannabis Sativa. Cannabis Indica is considered amateur marijuana once it comes to growing weed at home: as a northern lass Indica is less whimsical, not yet all-forgiving but some grower’s mistakes it certainly allows.

Indica delivers sleepy effects indeed, recommended for the beginner stoner to bake one in the evening. It delivers vast relaxation to the body, and slowness in movements, compared to Sativa, Indica is responsible for physical effects on the body. Once you intake a good portion of Indica you get what we call “stoned”, rather than “hyper”.

Sativa cannabis family has evolved closer to the equator, and it loves high temperatures and arid climates, and it gives taller slimmer plants. Many growers confirm Cannabis Sativa is harder to grow rather than Cannabis Indica.

What does Sativa make to you? Sativa strains make you “hyper” and “pro-active”, as only hyper one can be from marijuana. Anyway, you get high as it is top-notch marijuana, but Sativa just alters the mind different way and less the body’s physical condition. For the creative drive, you prefer Sativa. This is not carved in stone, and you get your creativeness and a lively mind from Indica too, but the stoners recognize it as the general idea to start from – the liveliness of Indica is “slower”, so to say.

In 1753, a Swedish botanist Carl Linnaeus, also referred to as Carl von Linne, was the first person in recorded history who identified a cannabis plant as “Cannabis Sativa L.”, where “L.” stands for Linnaeus, his name.

In 1785, a French military scientist Jean-Baptiste Lamarck identified the other type of cannabis plant – Cannabis Indica, and he classified it as “Cannabis Indica Lam.”, where “Lam.” is for his name. I’m not a botanist but it seems obvious that they all were putting their names trailing.

In 1924, a Russian botanist Dmitry Janischevsky has identified the third variety Cannabis Ruderalis, separating it from the already-discovered Cannabis Indica and Cannabis Sativa.

Cannabis Ruderalis originates from the Chuy Valley, a natural wonder located on the border of Kyrgyzstan and Kazakhstan, where the wild weed grows for ages covering 400,000 hectares – equals the size of Delaware, full of wild marijuana, belonging to no one, totally wild.

Some sources call it Siberia, other sources call it Russia, but it is neither, it’s Chuy. This type of marijuana plant is also found in the northern Himalayas in Asia. The cold climate, compared to what Indica or Sativa enjoy, made Cannabis Ruderalis evolve as less sensitive to the light regime so that it gives flowers by reaching a definite age, rather than reacting to the rhythm of the Sun. Also, the full growing cycle of Ruderalis from seeds to buds is significantly shorter.

Cannabis Ruderalis “suffered” less marketing attention but gained its fame eventually with the development of the autoflowering seeds at the beginning of the 21st century. The genetic properties of Ruderalis concerning the light regime gave us the brilliant opportunity to grow the all-forgiving amateur weed in no time.

Why do breeders mix Sativa and Indica?

First of all original Cannabis Sativa plant may reach a great height, several meters in the wild, which is not convenient for home growing. Mixing its rich properties with the physical characteristics of Indica, including its resistance to pests and environmental conditions, is just reasonable. Hybrids and Indica-dominant strains fit a limited growing space nicely.

Secondly, the breeders work hard to satisfy the market needs, delivering the mixtures of flavors, what we call terpenes, also the amounts of THC making the recreational weed higher than high, and also delivering proper medical properties of marijuana.

Breeding is a usual process while messing with plants.

Indica vs Sativa vs Hybrid

What do we choose then? We choose the baseline, as weed strains come to the market marked as “more Sativa” or “dominant Sativa”, usually called simply Sativa, or “dominant Indica”, referred to as Indica, with a respect to the high effects as we described above for both types.

The autoflowering marijuana inherits the unusual growing cycle from Ruderalis, making it very easy to cultivate at home, requiring less growing space, and the breeders have already mixed it with Indica and Sativa – so we enjoy a good amount of high in the autoflowering plants.

Basically, the autoflowering strains share the branding with the famous normal strains but may differ in amounts of THC. There is White Widow Autoflower, and there is Sour Diesel Autoflower. Despite that any autoflower is a hybrid, we’d better call them already Autoflower Sativa and Autoflower Indica, as soon as the genetic of Ruderalis is present in the autoflowers anyway.

Practically all the weed in the nowadays marijuana market is technically hybrid, but we still use the archaic terms “Indica” and “Sativa” indication to describe clearly what is going to happen as soon as we consume it, and how we grow it. And, all the commercially distributed weed is high, but we also choose the smell, the terpenes, the price, the easiest effort to grow one at home, etc. It is great fun to know the origins and try to taste the basic difference between Indica and Sativa. So we expect and plan the type of high, and we can compare the feeling while trying all of them.