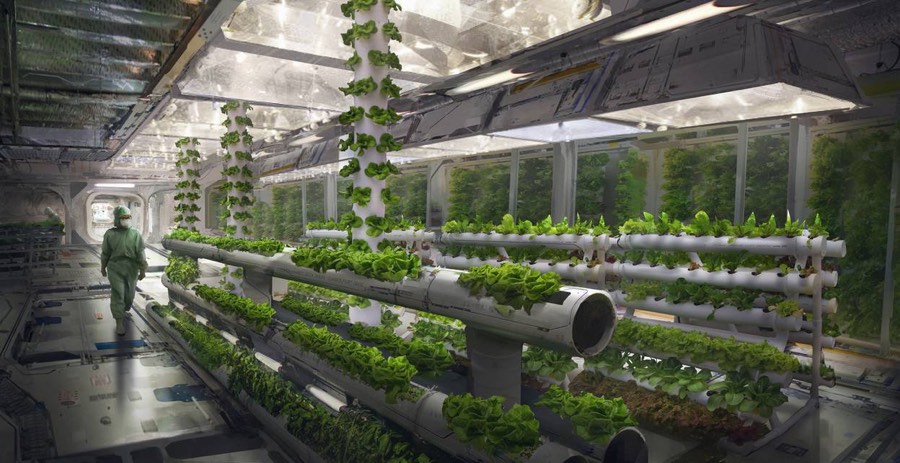 Before embarking to the hydroponic growing quest one must acknowledge that it is not very easy, despite the popular belief not easier than the other ways of indoor weed growing. And at the same time it is NOT a rocket science, and anybody can construct it or buy a ready one.

How to make a hydroponic garden at home

Organic components of your hydroponic fertilizer

Any technological solution has advantages and disadvantages and your future hydroponic garden is not an exception. Hydroponic farming is an aged technology proven by time, since 1600s, yet it requires certain efforts to design your way and setup it, scientific efforts if you wish. Invest your trial-and-error and you may win a beautiful solution, avoiding something you chase to avoid and gaining benefits you want to gain.

In general, the idea is as simple as putting Valentine flowers into a jar of water. Technically speaking it is already the simpliest hydroponic system (static one, without a pump).

The head image of futuristic hydroponic garden by eddie-mendoza (deviantart)

Who invented the Hydroponic Farming, and When?

Hydroponic cultivation method is now used widely everywhere: at home for indoor weed, and by NASA for Mars.!

Growing marijuana hydroponically is growing without a soil at all, using the ability of plants to absorb nutrients thru water: roots get exposed to the nutritious liquid and – voilà! – no soil, no dust, less pests or even none of them, the room is cleaner, the weed is in the pocket. The hydroponic garden certainly serves well for those who do not feel much a farmer, it’s technological solution. I like thinking it is a laboratory, you design it, and it’s fun.

Practically the hydroponic method works well enough to any terrestrial plant, and consequently to marijuana. First discovered by Sir Francis Bacon, the 17th century brainiac, philosopher and poet, the legal advisor of Queen Elizabeth I of England, Lord High Chancellor of England. Alike many noble master minds of that time he experimented in many fields of knowledge, including hydroponic farming and cultivation for plants.

Later John Woodward continued the research counting more discoveries in the hydroponic matter, and later the German botanists Julius von Sachs and Wilhelm Knop, in 1859–1875 finally resulted the solid technique of the soilless cultivation which we already know as hydroponic cultivation. Now used widely everywhere: at home for indoor weed, and by NASA for Mars.

The best of the best advantages is that it keeps all very very CLEAN. And you can leverage it by locating your garden anywhere where you would never locate a farm, producing soil dust, pests and requiring enough of access for working with soil. That is what the technology gives. Faster yields and healthier plants go as a free bonus then.

Stable healthy and high yields
Potent crops with improved (controlable?) aromas
Faster total growing time
No drowning roots or rotten ones (mind the proper access to oxygen and an easy water flow), no re-potting, better nutrient control
No-soil makes the entire business cleaner
Water in the system can be reused
Pests and deseases are rare and easier to spot and treat
High oxygen resulting better efficiency out of nutrients

Hydroponic farm requires to be constructed (scroll down to below how to do that) and this may course a reasonable increase in price. But if you are up to a hydroponic marijuana growing you’ve heard a lot about, to taste all the advantages why not count as an effective investment rather than a disadvantage. As for the construction, as always, once well done, will work Swiss-watch-cool, trouble free, and the whole system will last long or even forever giving joy to your heart! — do not underestimate this importance of construction.

The price (construction, maintanance, water, energy). Yet an effective investment, may serve as an advantage either
Initial set-up requires minimal construction or call it “engineering” (pump, water tank, pipes). For me this one is a pure fun and goes to the advantage list certainly
Higher attention to the PH level, and it’s critical for the hydroponic farming
Mistakes about nutrients are less all-forgiving comparing to your soil-based experiments
Added cost to an Electricity bill, and may be critical even more when a sudden electricity cut ruins everything
Using a chemical fertilizer salt, designed for hydroponic farms, may give a “chemical” taste (scroll down to see how’s that and how to “avoid”)

How to Build The Hydroponic Farm at Home

It’s not too easy, yet it’s not hell difficult and sure-sure not a quantum ducking astro physics, don’t be scared, keep going, make a try! The engineering nature of your mind you will need to use and it’s a great fun. And of course there are ready-made hydroponic systems in the market.

It can be any shape, even as vertical as those prehystorical Semiramide Hydroponic Gardens! Only your fantasy is the limit. Think as if you are building a weed supply for a future Moon station if you wish:

How Simple a Hydroponic Garden Works! And how to make it

You take a pot (pot as container) totally perforated, that it almost has no bottom, only for the purpose to hold the medium replacing soil to keep the plant fixed, letting water go through easily. Usually peeps use for medium small rocks, gravel or clay pebbles. The stem and the upper part of roots will be developed in those pebbles and that is how the plant will be fixed.

The idea is that you poor water into pot (pot as container) and the water goes through, you make it often or constantly, usually by a small pump and a timer, and the plant roots being always moistured are taking the nutrients in as the water pass by. The “used” water is collected underneath in the tank, and you pump it up again into pot from top, and repeat and repeat. Mind that plants will not take away all nutriens by one iteration. Also tune up the timer for better automation considering other conditions, like room temperature, natural humidity of the surrounding, etc.

The idea is in delivering water, yet giving air to the roots, by this you cut up to 20-30% of total yielding time and gain your buds faster, that is why the pebbles or small rocks or gravel play the role perfectly. It can be any material, not toxic, but not necessarily natural, following the only idea of giving a perfect touch to water and oxygen.

The Most Frequently Asked Question about Hydroponic organic nutrients

Well then. The most frequently asked question is about natural fertilizers to escape wrong taste of the hydroponic weed, and also run away from any other spooky hidden dangers, has surprisingly a very simple reply (thanks to homehydrosystems.com):

Plant “eats” inorganic materials, the ions. Regular salt, NaCl (natrium and chlor), dessolves in water into Na+ and Cl-, as well as based on salt hydroponic nutrients contain proper elements sufficient for plant, for its PH, and also able to dessolve in water well.

Being in the soil in a classic way the plants do not consume organic materials like dung or banana peel straight away, but as soon as those natural nutrients break down into inorganic and then pass into water, only then the plant can consume the resulting elements: the ions.

Therefore, the hydroponic salt (as soon as the base is salt) is basically the only possible and the proper nutrient solution, and there is no better way until another genius lord bacon invents a new one by yet another revolutionary discovery. And now — choosing the proper supplier, using the proper salt, one will like and one will trust, is what we can do with that “taste”.