Producing Cannabinoids From Yeast Without Cannabis Plant At All

Cannabinoids can be grown without all that greenhouse mess, the recent discovery, they do it using yeast! No plant! THC-making and CBD-making now looks like a brewery business and there is no cannabis plant at all. For smoking we’d better have it classic way — Yay! — however the yeast method may perform even greater when studying rare cannabinoid compounds difficult or expensive to produce by traditional methods, and it’s not everyone loves to smoke after all. 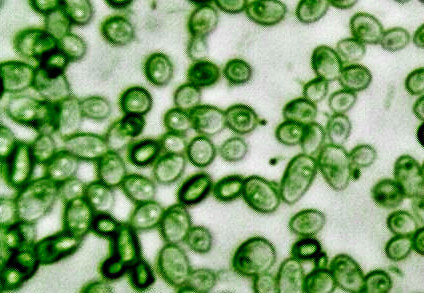 Yeast naturally converts sugar into alcohol. Then the researchers have inserted a dozen genes or more into the yeast including copies of genes used by the cannabis plant to synthesize cannabinoids. The resulted yeast strains produce cannabinoids instead of alcohol. To me it sounds way incredible: The yeast are fed sugar to create large quantities of cannabinoids; instead of alcohol; as if an elephant starts to pee with olive oil and poo with bitcoins, this is how it sounds to me. So thrilling the humanity has totally changed yeast cells’ genetics to produce another buzz in place of the previous buzz. This is what humans do 😜👍

— Read more over here. There is more science

It saves time and cost

It takes less time: instead of months for a cannabis plant to ripe, but a batch of yeast can be grown in about a week. Requires less space: a large scale yeast production will take only a fraction of the space of the traditional cannabis growing. It requires less resources in general, less pesticides, less space, less electricity including that for lighting, ventilation, watering, etc. Energy saving by many means, including the grower’s energy.

Over 100 cannabinoids occur naturally in the cannabis plant and many of them are in very small quantities, hard to extract, harder to study. The pharmaceutical research requires amounts adding up to the whole cost, and especially when a traditional plant extraction method is used. The whole science is making smaller progress, because they also want more weed like all of us (whatever strange it may sound).

Yeast-based cannabinoid production however solves this problem by enabling the production of large amounts of specific cannabinoids beyond THC and CBD, also THCV (tetrahydrocannabivarin), CBDV (cannabidivarin), CBG (cannabigerol) etc. Researchers could design yeast strains to produce even rare cannabinoids at a higher level of efficiency, both medical and recreational properties.

The technology is beyond than simply to be high or not be high. Biosynthesis is also used to produce: Insulin, previously harvested from the thymus gland in pigs; Taxol, a chemotherapy drug harvested from the Pacific yew tree; and Heme, the meat flavor in blood used in vegan burgers to make them taste like beef.

While growing cannabinoids on yeast is significantly cheaper, and decrease all expenses including electricity, nutrients, water, etc).

— “Nature gives us so many wonderful things. But we can’t go and chop forests down and kill millions of pigs to harvest their thymus glands for insulin. So we try to engineer things so we don’t have to have an impact on nature,” — Trevor Peters, president and CEO of Willow Biosciences Inc. says, found in Mugglehead Magazine.