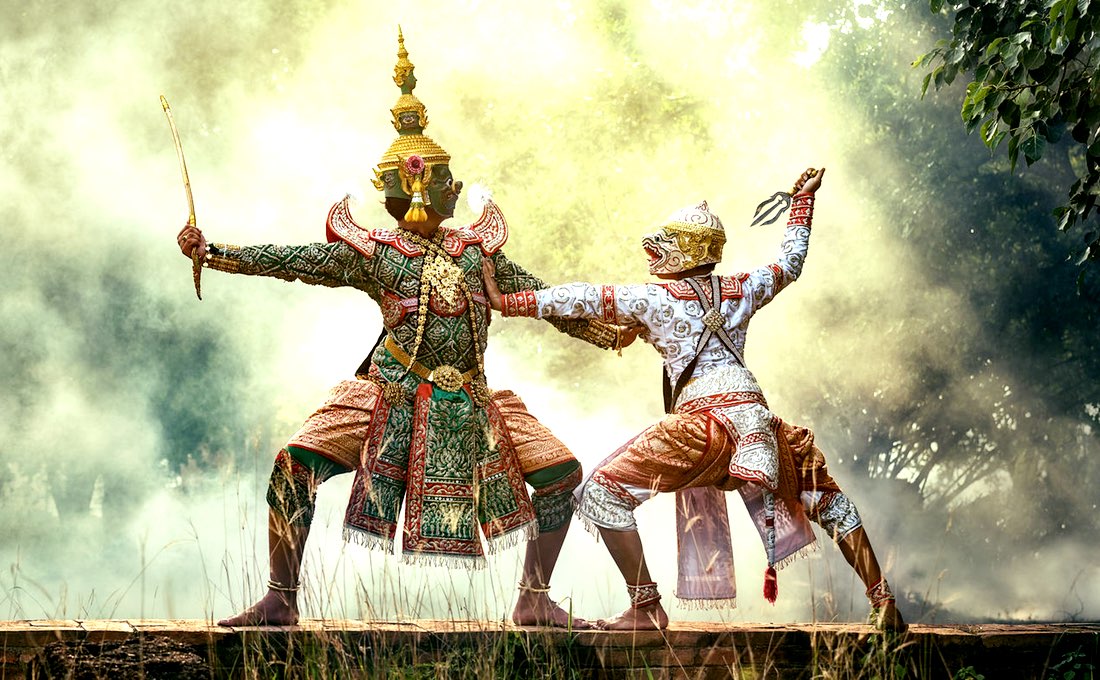 If you want go East,
Do not use the road leading to West

About one half of humankind live in South East Asia, overcrowded huge cities, extraterrestrial street-food, hundreds thousands years of history, a huge territory covered by the same culture:

It’s said in legends that while the prehistoric war between humans and apes for the dominance on the Planet (this story is depicted on the walls of Angkor Watt and also in Ramayana epic) while the last battle of Lanka (we do not state that hereby but there is a version) few ape-generals fell down from sky and became ancient Kings of Asia. Few of them obviously hit their head too hard on the way down.

Let’s find out what’s up there about weed from legal point of view:

In short – forget about, and never think again. They use death penalty, and there are rumors that they have a sort of directive that a cop may execute a consumer right in place without a trial and no further evidence is much required to prove his “mistake”. We never heard any evidence for this one, but maybe something happened to all “witnesses”? In the end of the day there is a reason for such a desperate move from government and the rumors do not come from nowhere. However they do experience selling psilocybin in a form of shrooms in resorts in bars, but technically same punishment is applicable. It’s also illegal in the country being stoned, so that one should not even possess a joint or a mushroom to “enjoy” the trouble in full.

If you ever decide to step this path we’d better recommend start from learning Thai language, which is fun, and may make you inspired without any dope. The country is one of the best to explore however, full of discoveries, highly developed, and one of the safest in the region. They just do not like smoking and smokers.

In short – stay away, until better change. The country’s “super hero” was fighting for freedom and safety against gangs before the elections, and is famous for making Davao the safest city on Earth after Kyoto and Tokyo, but after the elections the policy has suddenly changed to practice reckless war on plants. “Without a trial” is also a common scenario over there and – even more – encouraged by government.

They report a national problem which is alcohol, and they report a national problem which is not-working men exploiting women, and they use volunteer squads entitled to hunt marijuana related population. Make a call to an Embassy of Philippines and negotiate only for fun about investment to the country, or come up to meet them for a better interview, ask questions, and some answers maybe make you hair moving and stand on end, and this gonna be only the official part of information.

Now imagine: always drunk low-educated and armed “volunteers” without proper salaries are desperately hunting in the streets at night for whatever their heads can consider as a “drug abuse” inspired by “president” to deliver 32 heads per day. Nothing to add here.

Update: Philippines passed Cannabis Bill (Bill No. 3961) in the end of December 2020 which will allow cultivation, export and retail in the country. Good news for Philippines, congratulations brothers.

They practice the death penalty for tourists from time to time. While reports are not numerous, but we are sure it may not be a consolation. Before 2015 the psilocybin was completely allowed and widely available in the street markets, but since 2015 it is completely banned with the same punishment for violation. There are islands however that officially are not controlled by government, easy to find them on map, and quite easy to get there, but then think that it’s not controlled by all means. A little bit extreme vacation may happen to be, while nobody complained by far.

Both de-juro and de-facto weed is allowed, yet not a reason to carry a kilo in a backpack. The government once stated that they have million problems with economy, climate, housing etc. etc. and marijuana is not in a focus at all, neither enforced. Being a part of culture for few thousand years, “war on plants” is not considered as a priority. Sources say that there is no local law in this regard at all. People say one may ask for an ounce right in a farmer market, but with precautions of course, because it’s said million other issues in the country do exist. Allowed. Available. Most of locals will run from you when you ask, but technically it’s allowed for cooking as a spice, and even more – served to tourists in a form of weed pizza infused with cannabis! It’s called happy pizza and numerous shops offer this happy pizza openly in touristic areas of Seam Reap and Phnom Penh, just find them on google maps, wink to waiter and ask to make your pizza “happy”. That’s it!

Maybe the second easiest place after Amsterdam in this regard

Some sources state that the opiates can also be added into happy pizza along with cannabis, and as soon as consumed via digestions please take precautions if you ever decide to try. And keep in mind: the fact can’t be ignored that the generation of so-called Red Khmers is still there, once they were thinking that wearing glasses or reading a book was a crime resulting immediate execution. Wrong heads are always a problem regardless of culture or laws, aren’t they?

Lord Shiva, the Hindu deity, was a patron of the island for ages, he smoked weed due to the legends and basically blessed both medical and recreational marijuana to be used by people, but after few thousand years he happened to be helpless to resist US economy. The weed is recently banned in 2015 to disgrace Ayurveda, the ancient herb medicine, which is now loosing popularity and a number of such doctors “isolated from society”. Now the country cultivates marijuana for international trade, but for public it is still not allowed.

Locals also say that one can easily find a plant in a wild and there are no law enforcement but just be sure there are snakes, gorillas (Lankan ones are very beautiful animals by the way), various predators and damn big insects and damn big spiders. I know for sure I would not go this way for a puff.