Easy tricks on Cannabis Soil you apply for better yields

This is already a small “scientific” job for a true hobbyist if you feel passionate enough to maximize yields greatly by using worms, sand, clay or some your very own unique mix of nutrients. Quite an exciting quest — to design your own recipe for the best performing cannabis soil.

The Easy Guide for cannabis soil

This basic guide explains where to start from and what are the options. The first step, however, is to choose your basic soil that you’ll find comfortable and most exciting to work with. Explore what is in the market, you maybe wish some specific parameters of NPK of some specific basic soil to start your experiments from. All professionally mixed soils may have different origins or the purpose, and most of the commercially distributed cannabis soils from the grow shops contain common components such as Vermiculite, Sand and, of course, Humus.

1. Sand Soil use for cannabis growing

The issue with the sand soil is that it allows water to go through too quickly. It may result in more frequent watering if you do not wish your marijuana plants to suffer and produce less or less potent weed in the end. Consequently, such a transit of water wastes a whole lot of minerals instead of giving them to your marijuana plants. You add sand into the mix, but it won’t be all-sand. However, designing your own soil mix, you use sand or silt in it for improving the drainage properties.

2. Clay Soil use for cannabis growing

Clay is basically made of fine-grained rock material with a little of quartz (SiO2), fully loaded with aluminum and magnesium oxides (Al2O3 and MgO respectively). Clay is plastic when moist and hard when dry, it hosts the roots of your marijuana plants quite badly due to the lack of ventilation. However, you can add clay as 5-10% of the soil mass to manipulate ventilation property, when designing your own most efficient soil mix.

3. Humus Soil use for cannabis growing

Humus is the mix of organic matters like dead plants, those rotten fully to the end and already became a soil, so this is a “usual soil” which everybody means saying “soil”. Any regular grow shop (even if not any special cannabis grow shop, but the normal flower grow shop) can offer you this very basic soil. For cannabis this is the main material and for any other plant too (except for a hydroponic approach).

Sometimes humus may be called compost, but to be precise the compost is the mix of humus and manure, which is the great thing too — you can guess — because Cows are poor digestives, they intake about 15% and the rest 85% of yummy stuff goes into manure full of nutrients by that reason — and this is what every cannabis plant wants the most. Also, manure is great for worm casting.

4. Nitrogen and other NPK members in Cannabis soil

Nitrogen is produced from soil matter by bacteria “converting” organic forms of nitrogen into mineral forms of nitrogen, and the latter can be consumed by plants. Cannabis plants love nitrogen, and especially on the vegetative stage it helps them to grow better with bigger leaves and stronger stems. The overdose of nitrogen fertilizers may result in burns on leaves and weaker plant in general (see below for details).

Lack of Nitrogen in Cannabis soil

Nitrogen deficiency is the most common weed grower’s problem with nutrients.

— Older leaves become yellow or partly yellow;
— The oldest of them may even get completely dry being yellow in color too;
— The veins (the vascular tissue) may get more of the red color; Check the back side of the leaves too, sometimes they start there in the early stage of the problem;
— Younger leaves can also contain yellow areas;

All the above indicates that the nitrogen is low, and you need to add it. Nitrogen fertilizers is an easy thing widely available everywhere. This is the basic compound of the very basic N-P-K model, vital for all plants. The sea bird guano or animal blood may serve as the fast and the potent source of nitrogen for your lovely potent marijuana plant.

Intoxication of Nitrogen for Cannabis plants

— Big and a lot of leaves, but they all appear weak and react to stress badly;
— Such marijuana plants are abnormally often attacked by pests and diseases, and quite badly in the result compared to the normal healthy marijuana plant;
— Underdeveloped weak roots;
— Week and also plastic stems and branches;
— Small and losing flowers;
— Leaves may become brown and even fall;

Any of the above symptoms may mean serious intoxication from Nitrogen, and obviously, this is a sign to decrease the use of Nitrogen fertilizers for your cannabis. And, of course, it’s better to react as early as possible.

Always keep an eye on if any of your marijuana plants starts showing Nitrogen intoxication — this is very important. Keeping notes is also another brilliant idea to master your grower’s skills.

— Slow growth or even sudden stop of any growth;
— Dark leafs more blue than usual (well, they are still green but with certain blue component in the color);
— Low height of the plants in general;
— Everything smaller and grim )))

However, the above symptoms may indicate that your soil requires more Phosphorus now. But with too high pH level, say higher than 7, the plant cannot intake Phosphorus efficient enough even though Phosphorus is sufficient in the soil. In this case — work with the pH level instead of adding more Phosphorus.

Lack of Potassium in Cannabis soil

Potassium takes part in the photosynthesis process. And also participates in the synthesis of proteins and amino acids, which come from nitrogen in the form of ammonium, so the interaction between these two nutrients is vital to perform different metabolic processes of plants. Lack of Potassium is bad and can be detected by the following visual checks:

— Leaves lose color, yet are quite healthy looking;
— Increase in the number of new branches but weak and thin ones;
— Old leaves are yellow with a certain rusty color on the edges;
— Rust color is on the younger leaves in a form of smaller stains, especially on the edges;
— Too late and too short flowering stage (this is the sign for the next harvest already, mind keeping the notes of whatever you’re doing to your marijuana plants, that’s the certain way to improve your grower’s skills to the highest levels).

Potassium intoxication, however, is a rare problem. Potassium also provides the soil with a better ability to resist pests and undesirable bacteria. Also, it affects chlorophyll positively, increasing its amount, and enables the cell division processes — having a sufficient amount of Potassium, the plant takes light better and exchange with the air more effectively. In other words, you will get more healthy and strong marijuana plants in general.

The roots of a cannabis plant require space, and it is a very common mistake when roots go curving around in some too narrow pot. Give space to your cannabis, a lot of space. Recommended 8 to 15 liter pot for a marijuana plant. Give first-class space to your plants to reach the best results from your soil experiments!

As soon as N-P-K (Nitrogen, Phosphorus, Potassium where “K” comes from its Latin name and used in chemistry for Potassium) are the main elements required for the marijuana plant to grow well and healthy, the nutrients delivered to the market fit this demand nicely. They normally appear liquid in the bottle, and marked something like 12-6-6, which means 12% of N-Nitrogen, 6% of P-Phosphorus, 6% of K-Potassium. The rest may be water with or without other nutrients of the “second class” if I may.

7. Use of Worms in Cannabis Soil 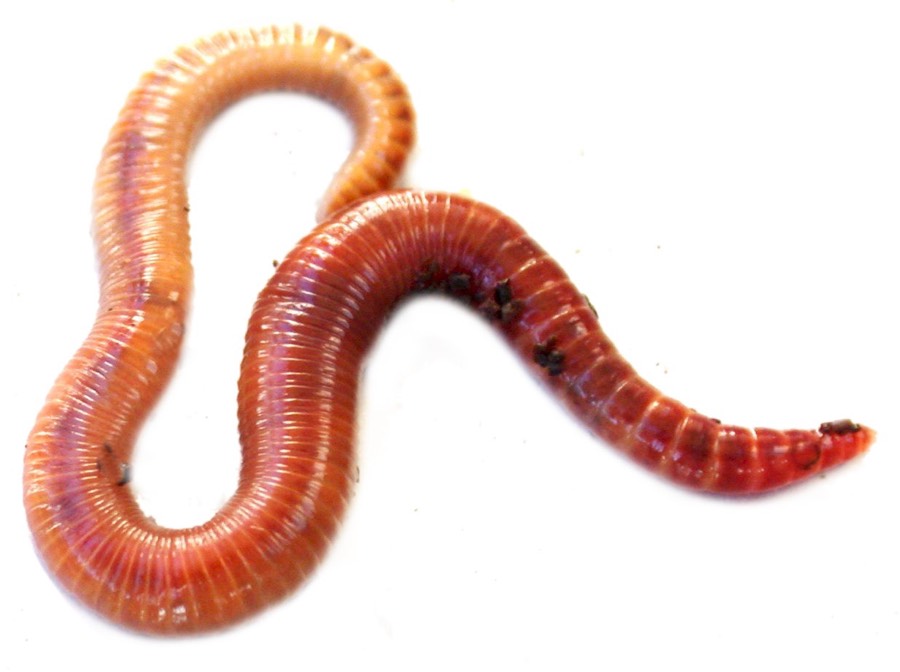 The recommended worms are the Red Wigglers (on the upper picture), also known as Eisenia fetida or Red Californian Earthworm, and the other commercially distributed worm good for cannabis is the Night Crawlers (in the below picture). Both images are from Wikipedia. Both these species of worms can be found anywhere, the Nightcrawlers are larger in size…

I dun’no, try both to see the difference, or just choose one following your feeling, whichever of them seems more romantic to you, looking at the picture or meet one for real in the grow shop. They are gonna be your pets for awhile, after all, ha-ha-ha ))) 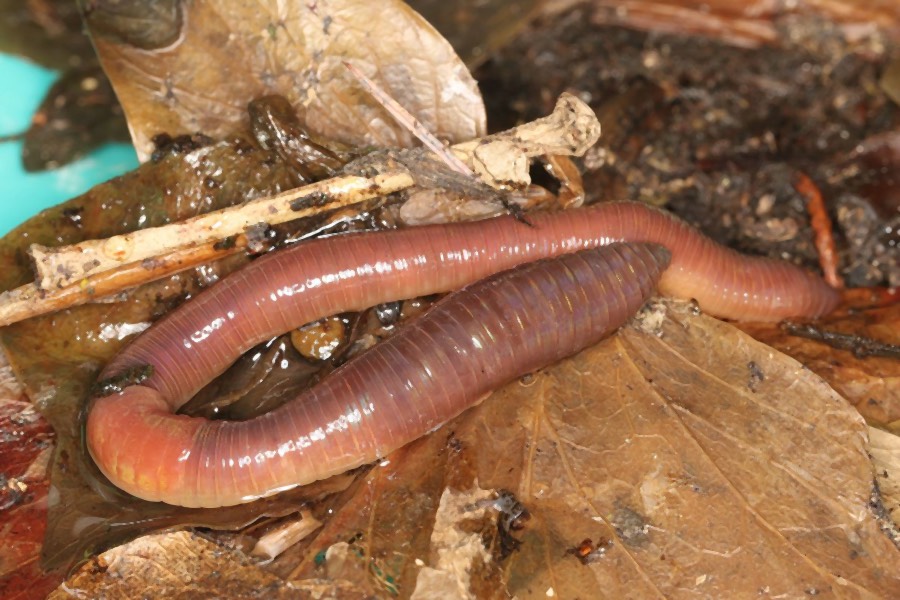 Use cow manure for worms

If using worms for growing your cannabis, then mind the cow manure (if the situation allows — I mean, mom or neighbors)))) Both worms and plants love cow manure, as soon as cows only digest 15% of what they eat and the rest 85% goes into manure, rich as hell with nutrients by that reason.

What worms do for the soil

Worms prove life and health to the soil and, consequently, to the plant. They are a natural fertilizer, making the environment of your marijuana plants rich in nutrients and minerals. Worms consume the organic matter, and it goes through the digestion, and what is left is called worm casting. Kind of a worm poo.

Their castings contain tons of bacteria, fungi, and other serious things.

— Worm castings improve the germination and the full growing process;
— More of your favorite fertilizer can be used with less fear of damaging the plant;
— Worm castings in cannabis soil efficiently hold water and nutrients;
— Worms through their castings provide microorganisms and minerals to the soil, increasing disease resistance greatly;

They are good guys, these worms, you can see that.