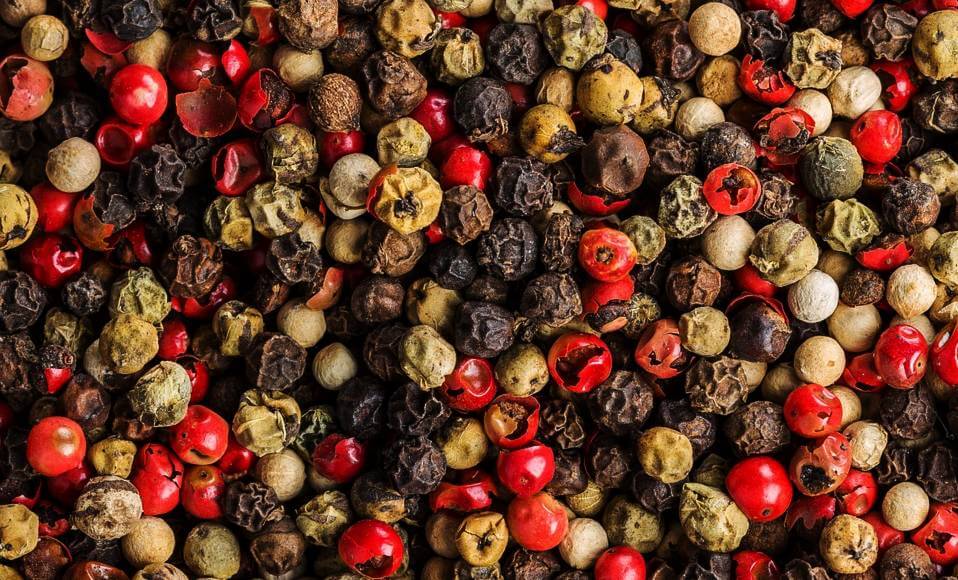 Caryophyllene terpene is for Peppery taste in marijuana

Caryophyllene terpene is the only psychoactive terpene! It is responsible for the peppery herbal scent of marijuana, often described as an earthy taste and compared to rosemary or black pepper. Feeling weed as racy and spicy as you smoke most likely points to that the particular marijuana strain contains a good quantum of caryophyllene terpene, just like black pepper does.

To catch the very idea try to compare the smell of Diesel strains to black pepper – that’s the best way to learn how to recognize the presence of caryophyllene terpene in marijuana. And, why that caryophyllene attracts our very special attention out of many, we dig up in this post!

What do terpenes do?

Terpenes are volatile chemical compounds found in any vegetation: in plants, flowers, berries, fruits, and vegetables, including, of course, marijuana plants. Terpenes easily evaporate at room temperature and even lower, we inhale them as they fly, and that is how terpenes form smells and flavors for marijuana or any other fruit of nature. Terpenes in marijuana, like ones in red wine, gift us a colorful dance of splashing tastes and after-tastes.

What is caryophyllene terpene?

Caryophyllene terpene in marijuana provides a peppery, herbal, musky scent, and a spicy-earthy flavor. Outside of marijuana caryophyllene is found in black pepper, rosemary, clove, and in some fruits and vegetables but spices especially.

If you’ve ever smoked the traditional Indonesian tobacco-free cigarettes made of a local strain of clove, they feature this aroma too, thus must contain caryophyllene.

Caryophyllene is the only psychoactive terpene

Caryophyllene terpene out-stands from the whole cohort of all other terpenes in marijuana as it effectively interacts with the endocannabinoid system, namely it contracts the CB2 receptors in the brain. This makes caryophyllene a psychoactive terpene!!

Simple logic dictates that the same provision makes black pepper slightly psychoactive too due to good amounts of caryophyllene in it. I confirm smoking Indonesian clove was not a cloud nine but somewhat a cloud it was, just I knew nothing about caryophyllene at that time.

Caryophyllene interacts with the endocannabinoid system by touching the CB2 receptors, where the whole system works for forming our cognitive, emotional, and behavioral responses to stress. Therefore, caryophyllene is effective to overcome stress and depression, studies confirm.

Loosely speaking, it creates relaxing calmness and happiness as a feeling in the brain – next time eating black pepper, why not listen to your mind attentively to find out how caryophyllene changes your emotional state (a black pepper lover for life is speaking in me now).

What else does caryophyllene do for the body?

Apart from its impressive psychoactive properties caryophyllene helps the body to tolerate low ambient temperatures. Regardless if it is in marijuana or black pepper, caryophyllene improves the resistance of the body to cold by slowing down the activation of “cold and menthol receptor”, also referred to as CMR1 or TRPM8, that one making us sense freezing. Oh, that explains a lot about what happens when we eat way spicy food, does it?

It is the same thing but the other name. Beta-caryophyllene or β-caryophyllene is just a more formal term for caryophyllene, while we tend to shorten the names of complicated compounds while referring to them. The same way we say THC instead of its full name Delta-9-THC.

Yet another (off-cannabis) example is carotene. As a word it is used in everyday speech, while the formal name of this compound required to build our skin and connective tissues is beta carotene or β-carotene. That’s in carrot, just in case.

2) Caryophyllene terpene is for the black pepper taste,

— together they bring us the diesel taste.

I only wonder, does it make black pepper mixed with lemon remind gas to us? Btw, the diesel taste of weed eventually influenced the “gas” to become a slang word for high-end marijuana.

Caryophyllene is just present in cannabis, but the greater amounts are found in Diesel strains, which are usually a very special gourmet’s pleasure!

1) The most original diesel strain is Sour Diesel which has lifted the diesel mania among stoners once invented.

2) Another beautiful diesel strain is Jack Diesel, the mix of the legendary floral aromas of Jack Herer with NY Diesel.

3) Most of the caryophyllene-rich strains contain the word “diesel” in the branding, exceptions exist – for example, Bruce Banger or fuel-stinking Chemdawg.