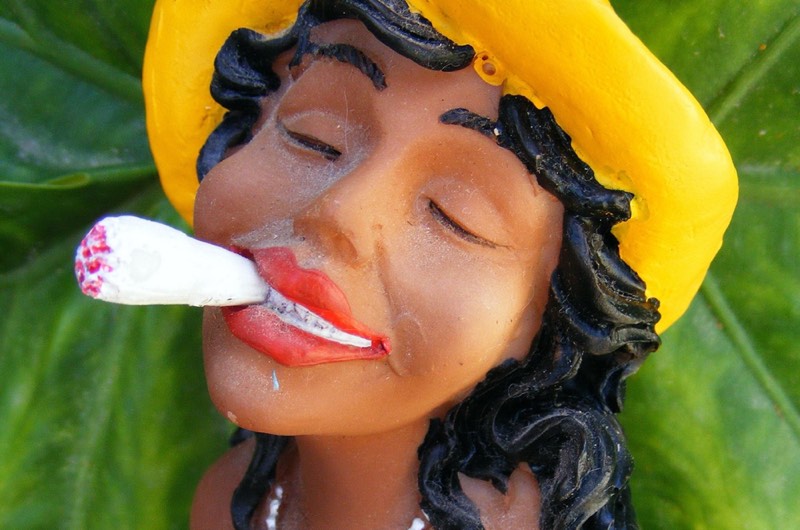 The Names of Marijuana

Humanity gives female names to everything beautiful and also powerful. Like those magnificent tall ships of the past, the fastest trade clippers, the Christopher Columbus’ fleet, and the name he has given to the first island he has touched in Americas, the most furious hurricanes in Caribbean bear girl’s names so often, and among others — Marijuana which is an obvious combination of TWO girl’s names and they are María and Juana.

Mary Jane at its turn is counted as a conversion of Spanish into English, where Mary is the replacement for María, and Jane is an equivalent for Juana, I dun’no how is that but people say so and that is how Mary Jane has appeared,

Rumours say that the name was designated artificially to fight with the word against cannabis plant. Back in the middle of the past century the Latin culture was not totally accepted by the majority of population of the American society, some say – because of Mexico, therefore a Hispanic name got suggested to play its part against the drug and that is how María y Juana got linked together to represent cannabis. For! Ever! If this version could ever be a true I can guess these two names are among the most popular female names in Spanish speaking countries in general, if not the most popular two names, and especially María, thanks to Mary, the mother of god. Anyway, the story nowadays appears merely as a fine urban legend.

For sake of bare facts, the other sources state that Marijuana-word arrived to USA even earlier, in late 1800s, and again from the same Mexico where Maria Juana used to be a slang word for both: the recreational cannabis and also for naming a random courtisan.

A popular version for Maria’s name origin is that it is “bitter” in Hebrew also in relation to the sea (like “mar”, “mer” in ancient languages), so sources say “maria” is often related to “bitter sea”.

And there is another version that it comes from Mariam, the queen of Babylon, the gran-grand-mother of totalitarianism, and her name’s meaning was “Rebellious”. Well, okay, the sea is rebellious too, no contradiction, and this is one more version. The true story is hidden behind the ages, anyway, as usual. Then we have Yohana, the hebrew version for Joanna or Jane or Juana, pretty much means “God’s mercy” or “God’s love”. Look, isn’t it nice that both parts of marijuana name — Maria and Juana historically (intentionally or not) reflect the very nature of the drug, which is rebellious and god’s mercy at the same exact time. Not to mention the irony that the Queen of Babylon and Marijuana look like having a serious link in ethymology. Ugh.

I’m sharing the best I know, don’t shoot at me. It would be cool if we grow this page together to contain the hell amount of Marijuana aliases, and the comprehensive marijuana dictionary, let me start.

— Marijuana word itself is used relatively freely all around in Latin America, less encoded into slang comparing to other countries, no surprise here. They just sometimes replace “j” (which is “h”-sound in Spanish but even a bit harder than “h”), it becomes Marihuana then, where “h” is a totally silent, always in Spanish, and in written they use both versions, pronounce it as: Mari-uána.

They also and f* often call it PORRO in Latin America, or FASO. Very seldomly it’s COGO as short from cogollo = bud, literally, where LL forms a “y-sound” in Spain or Mexico making a whole word sound as [cogoyo] but it is a “sh-sound” in Argentina or Uruguay, making it [cogosho].

Social media suggests Hanf is the popular and common name for weed in Germany, or may be just most polite to be published, it stands for merely “hemp”. Honestly I am not mad, at least not mad enough to look for dank in Germany in the street, so having no forking idea how else in a street language it may be called. I believe Ze Germans have a famous sense of humour and it must be yet another funny name for marijuana.

Brazilian and Portuguese are way different except for “Maconha”

Yes, classic Portuguese was once transformed into Brazilian, these two are since then so different rather than any difference between Spanish and Spanish or English and English may exist. However for marijuana — it’s Maconha in both. Keep “H” silent like in Spanish they have it same way, while “N” becomes soft because of following silent “h”, something like if it is Macóña or Macón’ya. They also use FINO in Brazil for a joint (literally ‘thin’).

For a single king-size joint they use Kosyák, roots from “not straight”, or my favourite phonetics is Düdka, stressing on “ü” and the word stands for a flute as of normal meaning, fragile, romantic and elegant.

Do not try to find it there unless you know a Russian friends and you trust them. The cops are mad over there, you will find nothing but trouble, and you won’t find any marijuana. The common slang name, neutral enough, used on all levels of society is Plan, it sounds with classic “a” sound alike “PLΛN”, and the word in dictionary points same meaning as plan, planning in English. Oh yes, so right, you need to plan marijuana! Hahahahaha. Spot on y’al Russians.

For a single king-size joint use a funny one Kosyák, roots from adjective meaning ‘not straight’, or my favourite and the most romantic sound: Dudka (Düdka, stressing on “ü”) where the word stands for “flute” in normal use of the word. There is also a word, veery old-school one, coming from maybe Persia, maybe Kazakhstan, or maybe the Golden Horde, practicaly depricated by now, anyway it’s Anashá. Not sure though if young people clearly understand it.

“Plan” however is universal, while “ganjubás” (originating from ganja) is a little bit bohemian, or “travá” is neutral, no emotion, considered to be a more civilized use and also a very word for any wild unsorted grass too.

In South Africa, and in the surrounding area too, those speaking (or having around) the Africaans dialect, which is the mix of African languages and Dutch — they call marijuana Dagga, a beautiful word, I love it, and it sounds like Daguh or something. They also use Zol or Zolo, sources say, this one I didn’t double-check on my own, let us believe to the canna community. In USA “dagga” is also in use.

Oh the phonetic structure of this one is the music to my heart, I cannot stand, I’m hypnotised. This is for the whole language, and for the marijuana wording consequently. Yet they are not much inventive, using L’Herbe, “the herb”. I’m sure there’s more words for weed in French we have not spot them yet. And for hashish it is KIF, coming from Morocco.

Kif — everyone knows, mostly a word for hashish rather than marijuan in a form of buds. The word is also widely used specifically for hashish in France due to vast communication between the countries happening historically. The country is impressive indescribably beautiful, cannot forget the body check in the airport, do not even think to carry anything wrong with yourself in either direction. I love desert, and a kif in the middle of this desert is in my bucket list for sure.

Who on Earth wants English versions for this? but okay, for sake of giving food to search engines and to feed their reckless spyders otherwise they start biting people, haha. From my personal exploration and experience, in Britain they use “DOPE” more often than “WEED”, because weed is well known and well spread and a totally recognisable wording by those ppl who deny the plant. Many of our fellahs still complain on the situation around marijuana in UK, considering that this type of the country suggests the enthusiastic officers still hunting on kids smoking dope, news say so, but I have never seen such by my own eyes (official statement)). So, our brothers in England still need to mask weed, and this is for real. Also in UK also use a “SPLIFF” often to replace “joint”, as the latter already hides nothing. I personally love “DANK” most of all, phonetically, yet I think it’s American origin.

The street language in USA also suggests: chit, caca, dupa, grass, doobage and blunt for a big fat joint, and of course, Ganja! where the latter one is a worldwide spread, having its roots coming from India and Sri Lanka.

They call it Ganja over there, the whole world knows, and it is already hardly counted as a slang word, it is just a word for marijuana. Lord Shiva had used ganja, Lord Rama had used ganja wording, and everyone for million years. Everyone will understand what you want, be sure.

In Sri Lanka, however, it’s more often: Kandi, especially for a HIGH quality weed, not necessarily cultivated by men, so it may be wild, Wild, and it is W.I.L.D.!! taking its name from the highland region in the middle of the island, between Southern Sri Lanka and the former Tamil’s territory in the North (remember there was a war once?). Kandi HIGHlights the very rich and natural taste, like nowhere else, and it gets you really high, funny, with a continious ever-lasting effect. The beautiful island and the outstanding smoking experience. 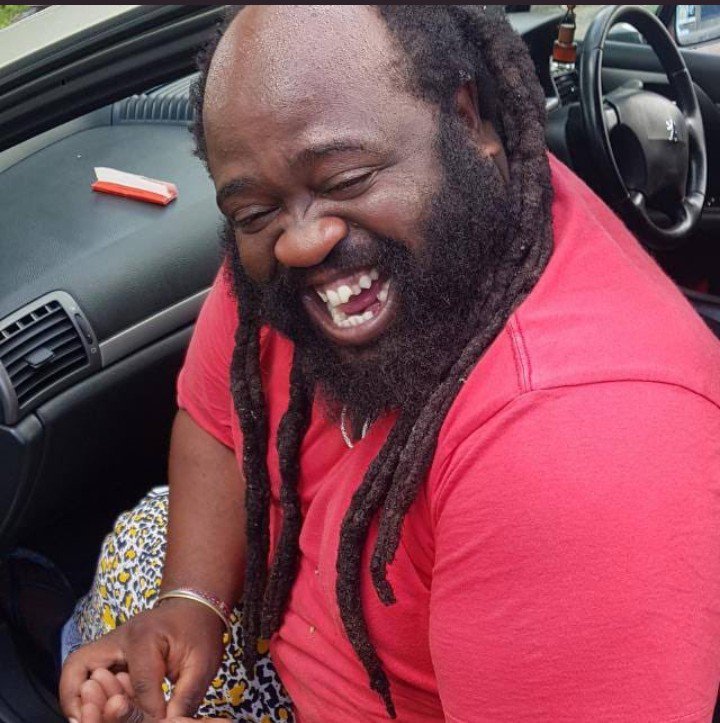